Brad D. Strawn on Why This is the Christian Side Hug’s Moment 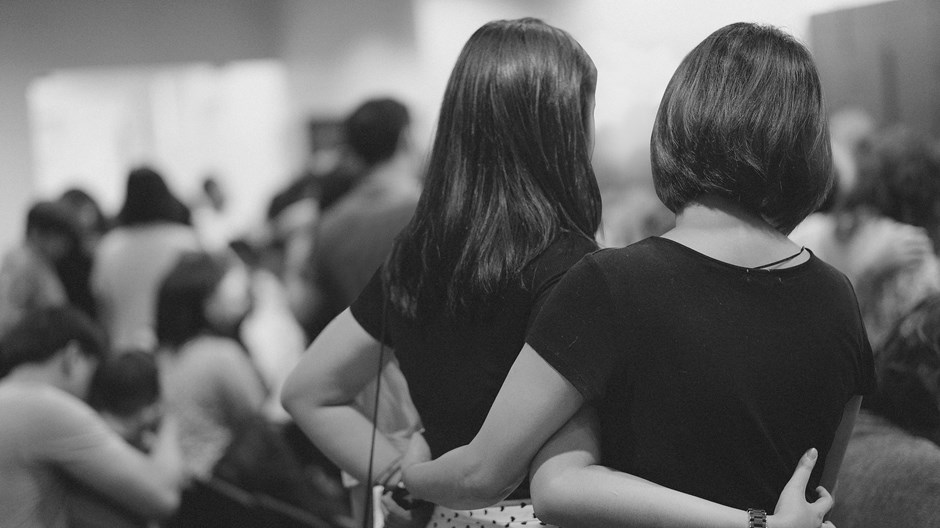 Brad D. Strawn is a psychology professor at Fuller Seminary, School of Psychology, a licensed psychologist, and an ordained elder in the Church of the Nazarene. His forthcoming book, with Warren Brown, Enhancing Christian Life: How Embodied Cognition Augments Religious Community, is published by InterVarsity Press.

Imagine you are offered a fresh glass of orange juice, but just before you are handed it, an experimenter drops a roach in the juice, stirs it around, removes the roach, and hands you the glass. Would you drink it? Of course you wouldn’t. But now imagine the experimenter takes that same glass of juice, runs it through a filter used to clean tap water, boils and sterilizes the juice, and filters it again. Will you now drink the juice? If you are like most people who were a part of this experiment, you wouldn’t. You intellectually know the juice is “clean,” but for some visceral reason you can’t get yourself to drink it. This instinctual reaction is what psychologists define as disgust, and this response is referred to as contamination psychology. When it comes to disgust, our reason and our contamination psychology can be at odds with one another.

Now imagine that the issue isn’t one of juice and roaches, but of an unseen virus and contact with those that may or may not be carrying the virus. What if this virus is possibly deadly? Would you be willing to come into contact with these people, shake their hands, or attend a worship service with them?

Infectious disease expert Anthony Fauci recently stated that Americans should never shake hands again—and he’s speaking about after the coronavirus pandemic. Fauci stated that infectious diseases, such as influenza, could be significantly reduced by eliminating shaking hands. Biologist and Gordon professor Craig Story points out, albeit more gently, that better hygiene practices at church could help prevent the spread of diseases.

However, according to contamination psychology, there is possibility of overreacting and ending up with a deficit of human touch necessary for our mental health. The question we must immediately ask as the first wave of infections is waning: is it worth the risk to engage in hugs and handshakes at church? Or what about the “passing of the peace,” the laying on of hands, or anointing with oil? For some, gathering, fellowshipping, recreating, and worshipping are back in some form; for others they are not. As we now have evidence that church attendance and even financial giving actually remained steady during this time of virtual church, it may seem safer to stick with streaming services during this lull.

But what about beyond: when it’s declared over, how will humans interact? Will we prefer the safety of eliminating all physical touch and close proximity? Will we still desire to Skype or Zoom into meetings just to be safe? How do we navigate socially along the ups and downs of bell curves of infection cases, hospitalizations and death?

The Hidden Logic of Disgust

There is a great diversity of opinions about what composes safe behavior. Public health expert Daniel Chin advised strict modifications to meeting in person at churches based on local health data. And like Fauci, some epidemiologists argue that safety and protection are paramount and therefore we must refrain from activities that threaten our lives. Last week, TheNew York Timesasked 511 epidemiologists when they foresee being able to hug, have a dinner party, or go on vacation again, among other activities. Answers were spread over a wide range, but 42 percent expect to give up hugs and handshakes for more than a year, while 39 percent anticipate a wait of 3-12 months. In this view, close contact must be monitored, and it is safer to resign ourselves to the new virtual world.

It is possible, however, that some opinions overestimates the danger. In fact, another recent article asked an expert in airborne disease transmission how risky hugs are. Using mathematical models that took into account the dosage required to catch the virus, scientist Linsey Marr, who studies airborne particles, said the risk to give a loved one a hug is actually quite low but gave some precautions one could take to hug more safely—including wearing a mask, avoiding crying, coughing or talking, and washing your hands afterward.

If some in the general public respect the opinion of Fauci and other experts worried about physical contact, that may relate to a deeper unconscious motivation found in the “psychology of disgust.” Illness and death are a couple of things that trigger disgust. It may be that the little colorful, spiky coronavirus protein we see every day on the TV is triggering disgust in us all.

Disgust serves important functions in humans. Core disgust acts like a boundary system helping humans know what to incorporate into their bodies, protecting them from ingesting dangerous substances. But further than that, the dynamic leads to withdrawal and avoidance all the way to rejection, expulsion, and elimination. Ultimately it helps us avoid discomfort and death.

But disgust also has a “promiscuous” aspect in which it becomes linked to a variety of other stimuli, including moral (e.g., disgusting behaviors), social (e.g., disgusting people), and religious circumstances (e.g., one must avoid disgusting immorality). Disgust has a kind of irrational logic, what Richard Beck of Abilene Christian University calls “magical thinking.” Beck says it’s “magical” because we begin to believe that what is disgusting can contaminate us in ways that are unrealistic. Beck notes, “The problem comes when the logic of ‘contact’ begins to be applied in situations where it shouldn’t apply.”

While core disgust begins with something like a virus, the irrational logic of disgust can quickly spread from germs to people. Paul Rozin and colleagues described how this magical thinking results in the logic of disgust and the four principles of contamination: First, contact will always lead to contamination. Second, even microscopic amounts of the contaminated element are harmful; this is referred to as dose insensitivity. Third, permanence, which implies that once something (or someone) becomes contaminated, it can’t be purified. And last, negativity dominance, a belief that when a contaminant and a pure object come into contact the contaminant is stronger and ruins the pure object. Despite one’s rational knowledge that contamination is not realistic (the juice has been sterilized), the logic of contamination creates a visceral feeling we just can’t shake.

A not-too-distant example is the beginning of the AIDS epidemic. When AIDS first emerged and the public knew little about it, sufferers were avoided and shunned by others who feared contamination. Even as accurate information about transmission emerged, people were still afraid. AIDS patients felt others’ disgust.

While it might be hard to imagine that anyone would label potential carriers of COVID-19 as disgusting, one need only remember the anti-Asian sentiment seen at the beginning of the outbreak. While those responses were clearly racist and unjustified, all the mixed and misinformed messages regarding the virus combined with the logic of contamination makes it understandable how people might start looking at one another as potential contaminants. The logic of disgust would say it’s best to stay away! We might tell ourselves that the virtual world is “good enough” and that by limiting our contact with others we are being smart, safe, and wise, which, of course, we should be, but the magical-thinking logic of disgust suggests that we may be illogically overestimating the danger.