‘Praise the Lord! … Your Days of Getting Away with It are Over’: Leah Remini says Danny Masterson’s Arrest on Rape Charges is ‘Just the Beginning’ for Church of Scientology After “That ’70s Show” Star, 44, was Charged with Attacking Three Women at his Home 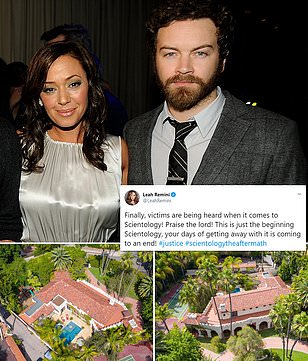 Leah Remini has called Danny Masterson’s arrest on suspicion of raping three women ‘just the beginning’ for the Church of Scientology. Masteron was charged on Wednesday with forcibly raping three women in separate incidents between 2001 and 2003 at his Hollywood home (bottom). Masterson, 44, stands accused of raping a 23-year-old woman between January and December 2001, according to the complaint.