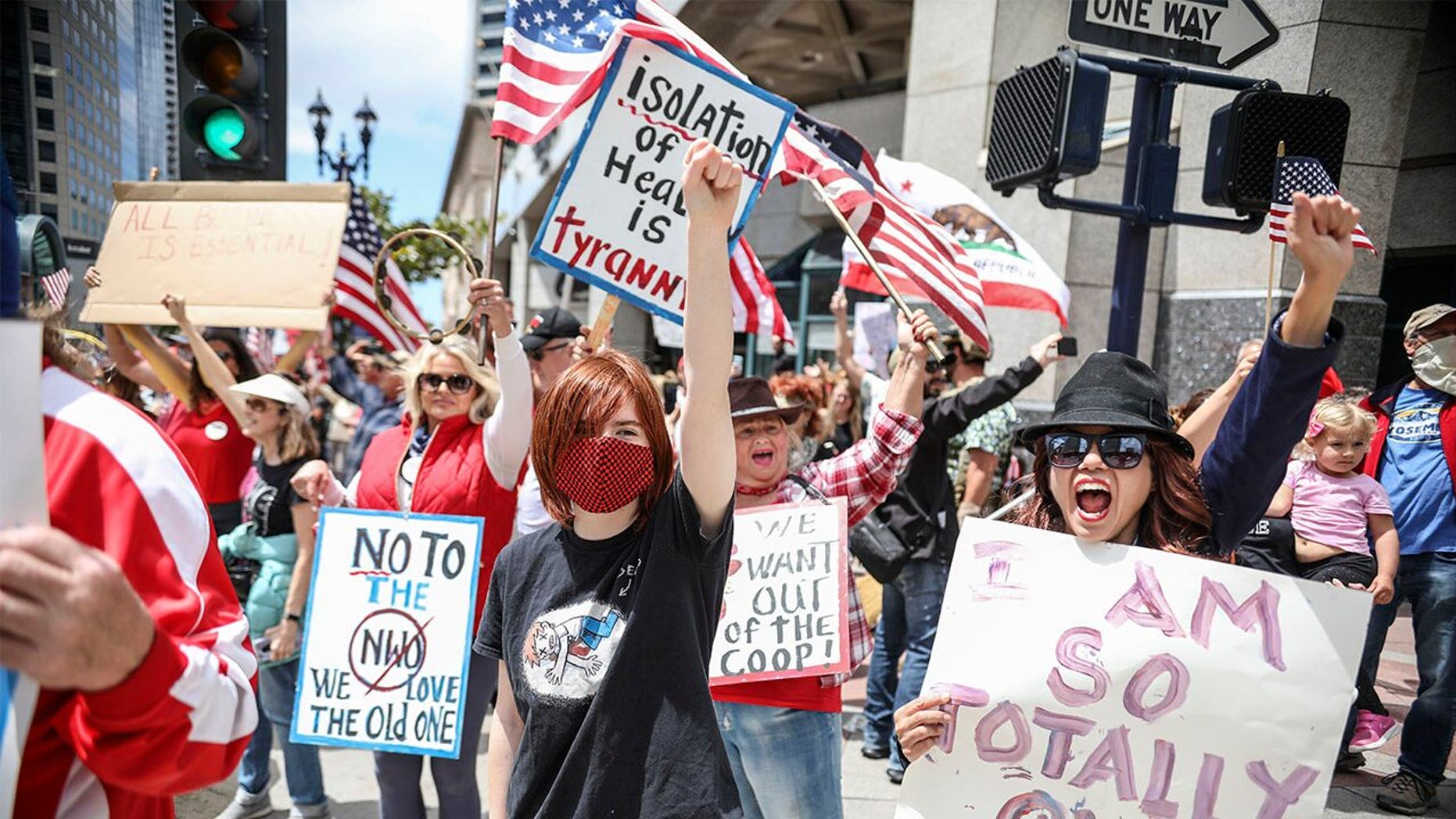 An alliance of anti-vaccine activists and those protesting California’s coronavirus-related restrictions is alarming public health officials, who have expressed concern for their personal safety.

Protests have been taking place outside the homes of county health officers who issued orders requiring residents to wear protective masks to stop the spread of the virus.

Twice this week protesters livestreamed a rally outside the home of Chris Farnitano, Contra Costa County’s public health officer, holding signs that read, “Your neighbor thinks he has the power” and “Tyranny is not the answer,” the Los Angeles Times reported.

Elsewhere in California, mask protesters have called for similar rallies outside the homes of public health officers. Such calls to action have caused some officials to resign their posts out of fear for their safety.

The Santa Clara County Sheriff’s Office said Wednesday that threats made to a county public health officer are currently under investigation but did not provide further details.

Other protesters have gone further and have disclosed personal details of some health officers, including who they are dating and where they live, according to the Times.

Kat DeBurgh, of the Health Officers Association of California, has called these protests an act of intimidation and told the Times several local health officials have announced they are leaving their posts.

“I would not be surprised if there were more,” DeBurgh said. “They are working 80 hours a week during the pandemic and then you have threatening public comments. I’m worried about the long-term health consequences in California by losing our most experienced public health professionals.”