Jason Jimenez on Would Abolishing the Police Bring Us More Peace? 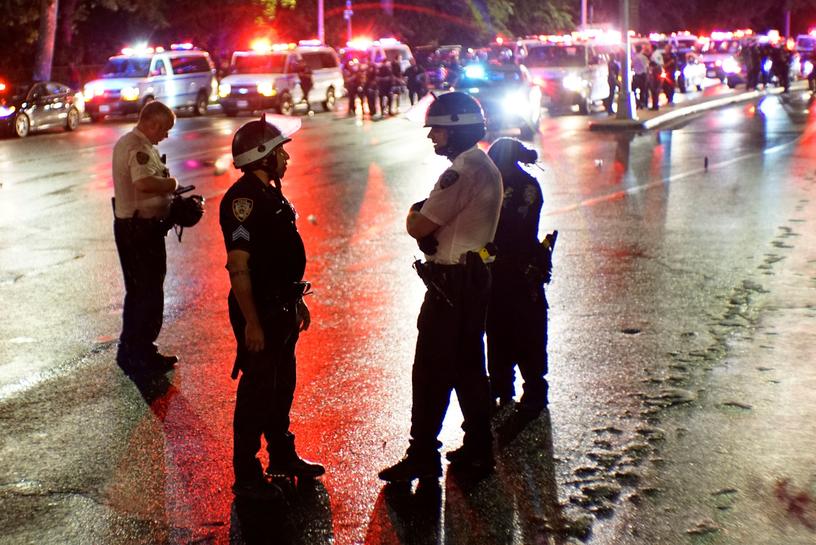 What will the aftermath be after disbanding or abolishing the police in our country? What will be the collateral damage?

You see, my friend, when we fail to realize the actual problem and aggressively, without lawful consent, use extreme and illegitimate methods to correct what we think is the problem, all we are really breeding is chaos and anarchy.

So, here are three points of reason I’d like to share with you in this whole discussion of whether or not it’s a good idea to defund or abolish the police.

First, we need to stop falsely portraying police presence as a police state.

I may agree in demilitarizing law enforcement and reforming many engineered tactics being used on civilians, but that doesn’t lead me to conclude we are better off defunding public safety.

Even amid protests and riots, the vast majority of the police are present to deescalate the situations that are unfolding in the streets. They are not there to inflict harm and strip people of their constitutional rights. Most of the violence is coming from a small percentage of protesters, not from the police officers.

Second, we need to reform our law enforcement, not conform to an ideology of lawlessness and disorder.

The rush to judgment by many of our legislatures to defund the police in America is lacking something pretty significant…common sense.

Think about it. How is it possible to get better policing by defunding policing?

You can’t reduce crime by defunding public safety. Public safety exists to keep the peace, and if necessary, to enforce the law.

Who, I ask, will replace the police? The people rioting in the streets? Yeah, I didn’t think so.

If this is genuinely about police brutality — then let’s stick to the officers who are guilty of abusing their power. Condemning and seeking to punish the entire police force is not retribution.