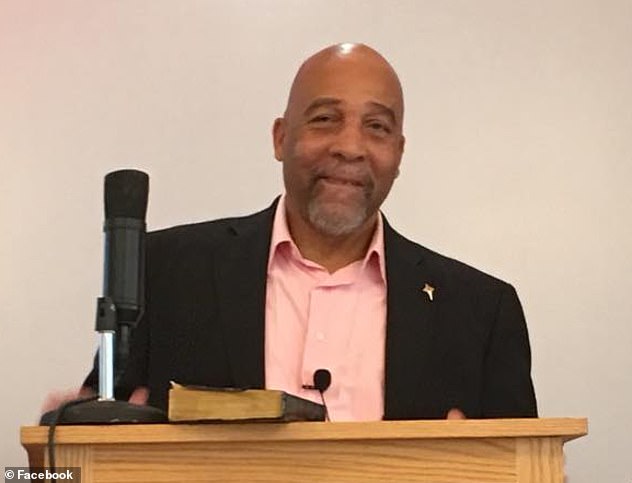 Police have apologized to a black pastor from Woodstock, Virginia, who was arrested after he called police when a white family beat and cursed at him.

Leon McCray had confronted the family members when he found two of them dumping a refrigerator on his property in Edinburg on June 1.

Three more family members came and allegedly attacked McCray, who pulled out his concealed firearm to fend off the attackers.

But when cops arrived, they arrested the pastor on a charge for brandishing a weapon.

Shenandoah County Sheriff Timothy Carter on Friday dropped the charge after meeting with the McCray because the top cop says he found the pastor’s arrest was ‘certainly not appropriate,’ according to a statement on Facebook.

McCray, the pastor of Lighthouse Church & Marketplace Ministries International recalled the incident as ‘a day that changed my life,’ during his sermon Sunday, as he spoke of the George Floyd protests and Black Lives Matter movement.

The pastor said he confronted two of the family members after they dumped a refrigerator on his Edinburg property, but ‘one of the individuals got in my face.’

The other returned with three more family members, he recalls.

‘Now I got five people, three males and two females in my face attacking me verbally and physically and threatening to kill me,’ he told his congregation, adding that he was told that his ‘black life didn’t matter.’