Coronavirus strikes back: Cases double in Alabama and South Carolina, and Miami pauses its reopening as scientists increase death toll forecast by 18% and now expect 200,000 fatalities by October 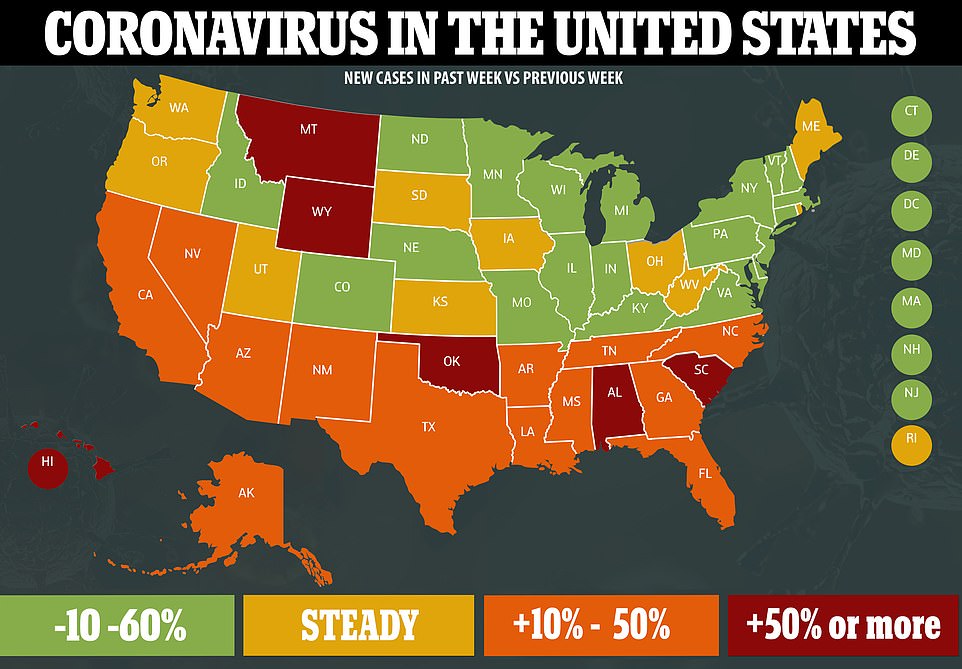 A leading COVID-19 model is now predicting 200,000 deaths due to coronavirus in the United States by October – up by a staggering 30,000 from its last forecast just 10 days ago – as cases nearly double in Alabama and South Carolina and Miami pauses its reopening due to a surge in infections.

The University of Washington’s Institute for Health Metrics and Evaluation revised its death toll forecast upwards by 18 percent from 169,890 on Tuesday due mainly to states reopening and people not adhering to social distancing.

The model, whose estimates are cited by health experts, is projecting that Florida will see its deaths nearly triple to 18,675 deaths by October and California can expect to see deaths surge by 72 percent to 15,155.

Georgia and Arizona are also predicted to have sharp increases in deaths.

Currently, the US death toll due to COVID-19 stands at more than 116,000 and there have been more than two million confirmed cases across the country.

It comes as fears have been mounting of a second wave of COVID-19 infections after daily cases and hospitalizations have been spiking to record levels in multiple states.