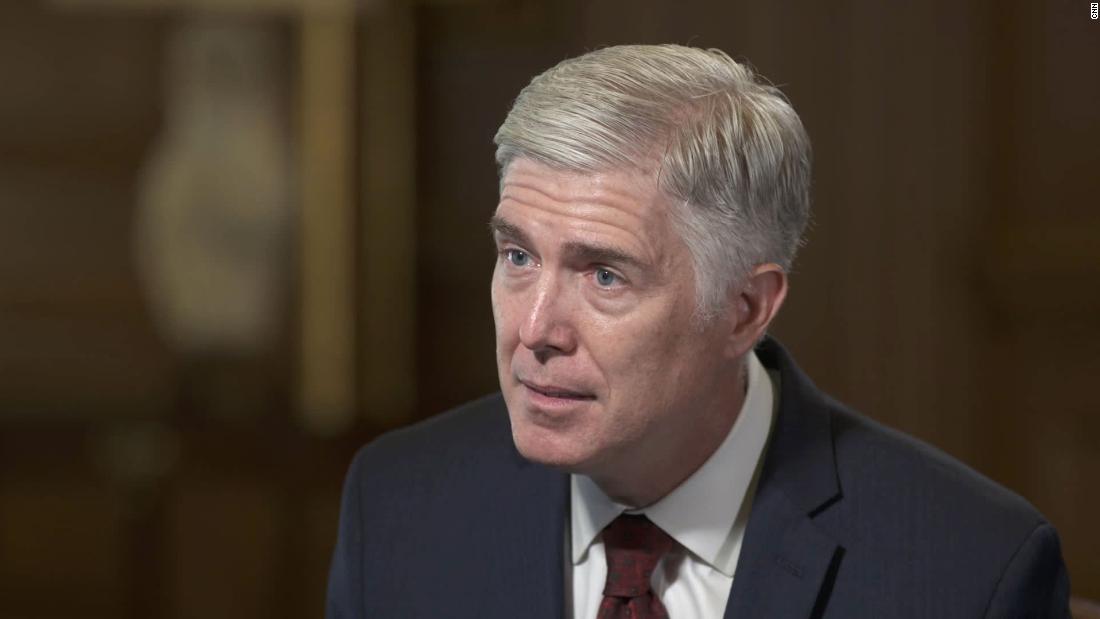 (CNN) Justice Neil Gorsuch, President Donald Trump’s first nominee to the Supreme Court, delivered an opinion Monday that will change how more than 7 million LGBTQ individuals will live and work in the United States.

It is a watershed moment from an unlikely author that means gay, lesbian and transgender workers are protected by federal civil rights law. It is a stunning defeat for judicial conservatives who worked to ensure Gorsuch’s nomination and Republicans, including Donald Trump, who stymied President Barack Obama’s nominee for the Supreme Court, liberal Merrick Garland in 2016.

The ruling puts Gorsuch in the history books.

Title VII of the Civil Rights Act, Gorsuch wrote, which bars discrimination “because of sex,” also covers claims based on sexual orientation and gender identity

But for close observers of his writings and actions on the bench, Gorsuch simply was showcasing his fidelity to rules of statutory interpretation — relying on the plain text of the law — that were championed by the late Justice Antonin Scalia. It is the clearest example yet that Gorsuch, who is by any definition a conservative judge and has cast key votes in the past siding with the President, is capable of flexing his independence, charting a distinctive course and disrupting expectations.

At the same time, it will infuriate those who worked on his confirmation, confident that he was the right candidate to fill the shoes of Scalia.

Just after the opinion was released, Carrie Severino of the conservative Judicial Crisis Network blasted Gorsuch. She said he had “bungled” the decision and Scalia would be disappointed.

“This was not judging, this was legislating — a brute force attack on our constitutional system,” Severino, who also clerked for Justice Clarence Thomas, said.

That point was not lost on Justice Samuel Alito in his dissent that was joined by Thomas.

“There is only one word for what the Court has done today: legislation. The document that the Court releases is in the form of a judicial opinion interpreting a statute, but that is deceptive,” Alito wrote. Repeatedly, in his dissent, Alito quoted past writings of Scalia.

“The Court’s opinion is like a pirate ship,” Alito said. “It sails under a textualist flag, but what it actually represents is a theory of statutory interpretation that Justice Scalia excoriated — the theory that courts should ‘update’ old statutes so that they better reflect the current values of society. ”