Putin says Russia dealing better with virus than US 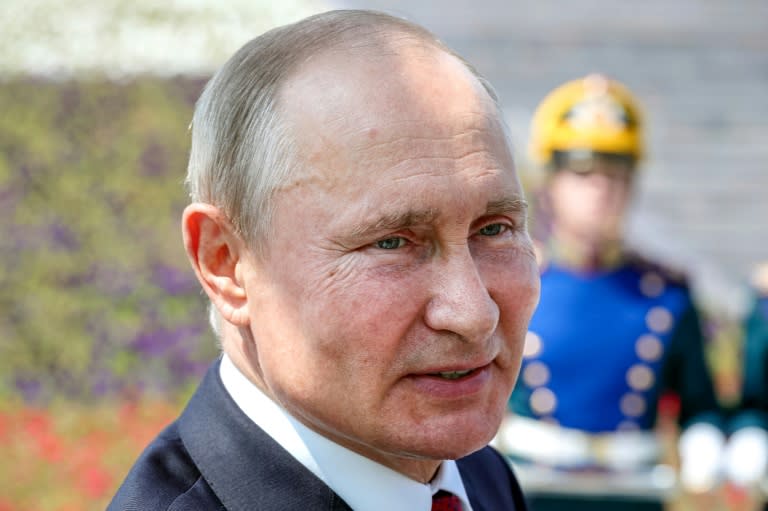 Moscow (AFP) – President Vladimir Putin said in a televised interview Sunday that Russia had been more successful in dealing with the coronavirus than the United States.

He contrasted the situations in the two countries, saying in Russia, “We are exiting the coronavirus situation steadily with minimal losses, God willing, in the States it isn’t happening that way.”

Russia on Sunday confirmed 8,835 new virus cases, taking the total to 528,964, the third highest in the world.

The United States has the world’s largest number of cases by far at 2.07 million.

Putin told state television the coronavirus pandemic had exposed “deep-seated internal crises” in the US.

He criticised a lack of strong leadership on the virus situation, saying that “the (US) president says we need to do such-and-such but the governors somewhere tell him where to go.”

In Russia, however, he argued, the government and regional leaders work “as one team” and do not differ from the official line.

When the northern Caucasus region of Dagestan suffered particularly hard from the virus, “the whole country rallied to help”, he said.

Russia has so far reported 6,948 COVID-19 fatalities, a fraction of the US total of 115,436 deaths, although critics have suggested that the remarkably low number could be down to under-reporting.