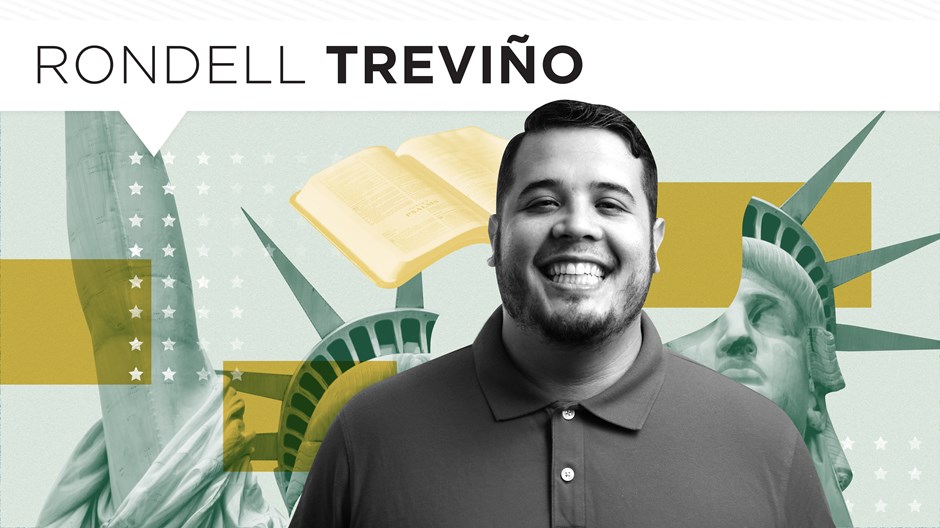 Rondell Treviño is founder of The Immigration Coalition, a faith-based nonprofit providing biblically balanced resources that show compassion to immigrants and respect for the rule of law. He previously worked with the Evangelical Immigration Table.

Several years ago, I wanted to try out a new hobby, so I purchased a Batman puzzle. When I got home, I poured all of the pieces onto the dining room table and began putting the puzzle together. After about an hour, there was one last piece to be connected. But to my surprise, the final piece of the puzzle was nowhere to be found. I looked inside the box and around the table several times and didn’t see the piece anywhere. Finally, I broadened my search until I spotted the missing piece on the very chair in which I had been sitting.

When it comes to solving the puzzle of immigration, there’s a tremendous job being done addressing many of the necessary pieces. Many of us understand the need to love, do justice on behalf of, welcome, and care for immigrants. But I fear some of us have lost one vitally important piece: acknowledging the responsibility of immigrants to seek the welfare of the United States.

In Jeremiah 29, the Babylonians captured the nation of Judah, effectively exiling them from Jerusalem. They were forced out of the place they once called home and into Babylon. They became immigrants in a foreign land.

While in Babylon, God speaks through the prophet Jeremiah, giving the people of Judah a jaw-dropping command: Seek the welfare of the city (Jer. 29:7). In other words, seek the peace, prosperity, and success of Babylon by building houses, planting gardens, eating produce, getting married, having kids, and praying for the city. Despite the suffering and pain God’s chosen people are facing, he still gives them these challenging commands.

Today in the US, immigrants, whether documented or undocumented, feel exiled for a plethora of reasons. Many feel exiled from the country they once called home—because of gang violence, human trafficking, religious persecution, or for leaving their immediate family to seek a better life through an international student visa, tourist visa, work visa, or US residency. Many feel exiled in their new home because of racial discrimination and xenophobic attitudes.

Yet, in the midst of feeling exiled, all immigrants have a responsibility to seek the welfare of the country where they live. Here are four ways they should do so.

The second half of Jeremiah 29:7 says, “Pray to the Lord on its behalf. …” Immigrants should ask God for good things to happen in the United States. They can pray for its protection against the coronavirus pandemic. They can pray for unity and respect between those who disagree—even on the topic of immigration—and that God would give wisdom and discernment to the president, congress, senators, and local officials (1 Tim. 2:1–2). They can ask God to establish comprehensive immigration reform that offers compassion to immigrants and peace at the border.

God instructed His people in Jeremiah 29:5 to build houses, plant gardens, and eat produce. In other words, he wanted them to contribute to Babylon. Immigrants living in the US should seek to do the same where they live. They can work, pay taxes, and start businesses. Many, if not most, immigrants are already doing these things today: Some of the most iconic American companies have been founded by immigrants, including Google, Kraft, Yahoo!, Ebay, AT&T, and Intel. Others can help families raise children, volunteer at local nonprofits, care for the sick and elderly, and take pride in maintaining their homes.