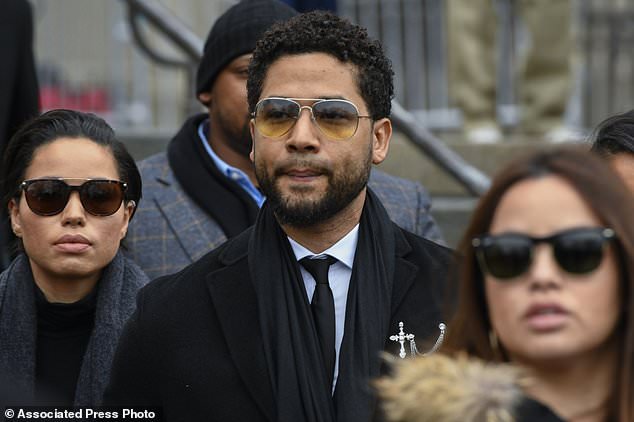 Smollett’s attorneys made the double jeopardy argument after a special prosecutor secured a six-count indictment on charges alleging that he lied to police about a racist and anti-gay attack that police say he staged himself. The new case came months after the county’s state’s attorney’s office abruptly announced it was dropping charges against the actor, angering police and City Hall.

The way Judge James Linn saw it, the only way double jeopardy would apply is if Smollett was legally punished for what had happened to him since he was charged in connection with the January 2019 incident in downtown Chicago. But Linn determined that the deal in which the state’s attorney’s office agreed to drop charges without requiring Smollett to admit any wrongdoing and Smollett agreed to forfeit his $10,000 bond did not add up to legal punishment.

‘There was no trial in this case, there was no jury empaneled, no witnesses were sworn, no evidence was heard, no guilty pleas were ever entered … nothing like that every happened,’ Linn said of the 2019 case. ‘There was no adjudication of this case.’

Smollett contends that early on Jan. 29, 2019, he was walking home when two masked men approached him, made racist and homophobic insults, beat him and looped a noose around his neck before fleeing. He said his assailants, at least one of whom he described as white, told him he was in ‘MAGA country’ – a reference to President Donald Trump´s campaign slogan, ‘Make America Great Again.’