Whitewash: Police Report From Night Breonna Taylor was Shot Dead by Cops Lists her Injuries as ‘None’ – Even Though They Shot her Eight Times 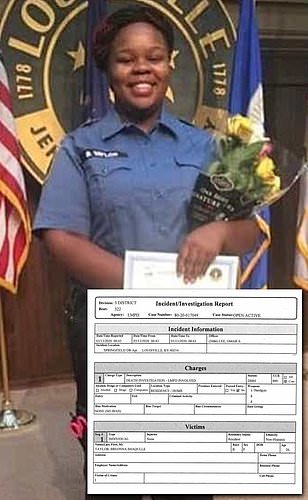 A Louisville police report from the March 13 shooting of Breonna Taylor, 26, has been blasted as ‘unacceptable’ for its inaccuracies and lack of information. It stated Taylor had no injuries despite being shot by police eight times. It also said no forced entry was made despite previous police statements saying otherwise. The report has sparked further outrage among protesters and increased the calls for the officers involved to be charged with her death.