WATCH: First Trailer for New Roy Cohn Documentary Reveals How President Trump Embraced the Political Fixer’s Belief You Should ‘Never Admit That You’re Wrong’ and How the ‘Rabid Anti-Homosexuality Activist’ Lived as a Closeted Gay Man 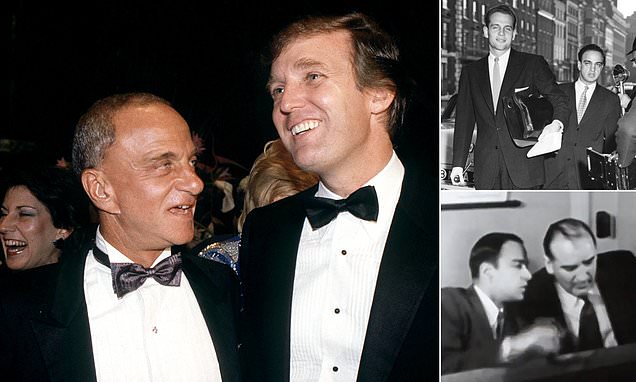 ‘Bully. Coward. Victim. The Story of Roy Cohn’, created for HBO by Ivy Meeropol, will be released on June 19. It explores the life of notorious political fixer Roy Cohn and his friendship with President Donald Trump (pictured together left). The first trailer for the movie was released on Tuesday and reveals how Trump ‘fell in love’ with Cohn’s belief that you should ‘never admit that you’re wrong’. It also delves into Cohn’s prosecution of Soviet spies with Senator Joseph McCarthy during the ‘Red Scare’ (pictured right) and his life as a closeted gay man who was a ‘rabid anti-homosexuality activist’.