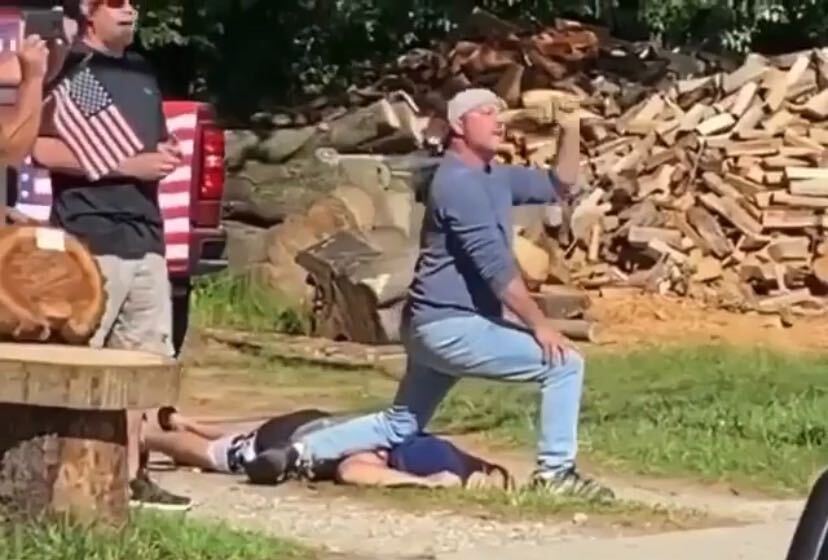 A man – whose identity has not been verified – was seen kneeling on another man laying down along Delsea Drive as a group marched past in Franklin Township on Monday. Another man with the group filmed the others.

The NJ Department of Corrections said in a statement that one of the men involved was a corrections officer at Bayside State Prison.

“We have been made aware that one of our officers from Bayside State Prison participated in the filming of a hateful and disappointing video that mocked the killing of George Floyd,” an NJ Department of Corrections statement said. That person, who the statement did not identify, has been suspended and banned while the agency investigates.

The display sent shocked reactions through the crowd and on social media as clips racked up thousands of views.

The protesters, who had notified police of their route and were flanked by police SUVs, were moving down Delsea Drive when they passed a firewood business along the route, protesters told NBC10 and documented in social media videos.

The videos showed a group with Trump 2020 flags and a “thin blue line” flag, along with an “all lives matter” sign. You could hear shocked reactions as one man, whom NBC10 could not definitively identify, knelt on anothe man who lay face-down on the ground. The man kneeling was also seen shouting at the protesters.