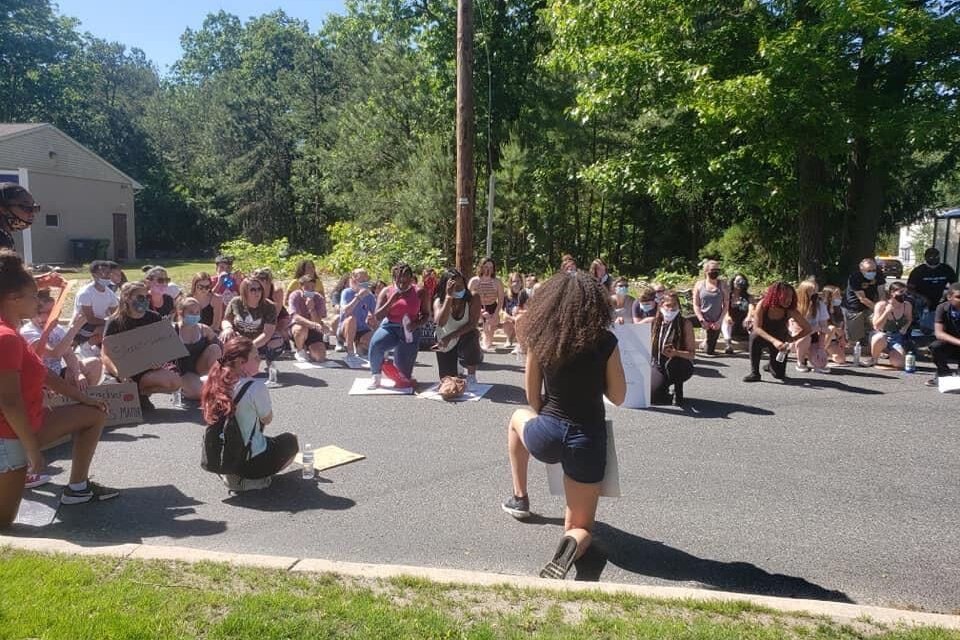 The protest in the New Jersey township was similar to those that have unfolded across the United States since George Floyd was killed in police custody: About 70 people gathered to rally against police brutality and systemic racism.

But as the diverse group marched along Monday, waving signs and chanting slogans in support of the Black Lives Matter movement, it was met by several white men who had gathered near a sign that said “All Lives Matter” and in front of a pickup truck draped with an American flag and a pro-Trump sign.

One of the men yelled at the marchers angrily while kneeling on the neck of another who was facedown on the ground — an apparent attempt to mock the killing of Mr. Floyd, a black man who died in Minneapolis after a white officer knelt on his neck for nearly nine minutes.

Condemnation of the scene, which was captured on video, came quickly. The mayor and the police chief in Franklin Township, the South Jersey community where it happened, issued a statement calling the episode “revolting” and saying that it had left them “appalled and saddened.”

On Tuesday, the state’s Department of Corrections said it had suspended one of its employees after confirming that he was among the group that taunted and tried to upset the protesters. One man in the group can be seen on video filming the protesters.

“We have been made aware that one of our officers from Bayside State Prison participated in the filming of a hateful and disappointing video that mocked the killing of George Floyd,” the Corrections Department said in a statement that also pledged “a thorough and expedited investigation.”