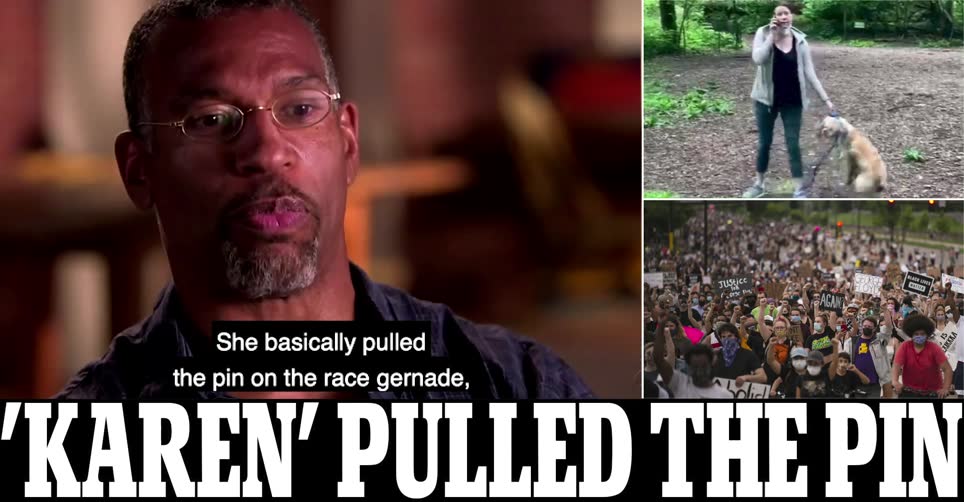 Harvard graduate Christian Cooper, 57, (main) had been bird watching in an area of the park known as The Ramble over the Memorial Day weekend when he encountered Amy Cooper (right) walking her dog unleashed, against park rules. After pointing out to Cooper that dogs must be leashed in the area at all times to protect wildlife habitats, she quickly became irate, with the 41-year-old hysterically dialing 911, wailing into her cell phone that ‘an African American man is threatening my life’. Speaking to Gayle King as part of CBS’ upcoming special on the state of policing in the US on Tuesday, Christian said his decision to start filming Cooper had ‘nothing to do with race’ at first, but what transpired would go on to fuel a national conversation about the centuries-long history of racial bias in America. ‘She basically pulled the pin on the race grenade and tried to lob it at me,’ Christian told the network. ‘She was going to tap into a deep, deep, dark vein of racism and racial bias that runs through this country and has done for centuries.’