WATCH – ‘I’m One of You’: 23-Year-Old Black Firefighter says he was Racially Profiled by White Cops who Turned Their Guns on him while he was in Uniform Outside his Fire Station Amid Protests in Rhode Island 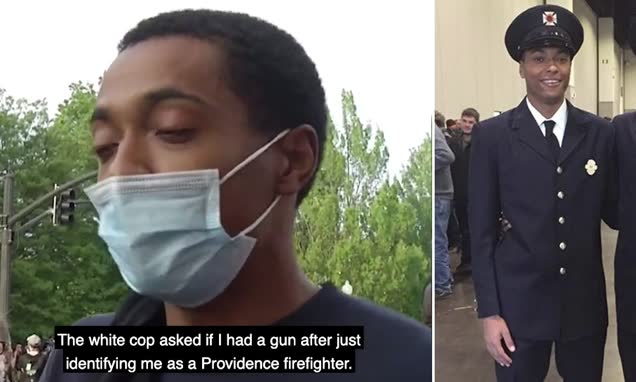 Terrell Paci, 23, said that two Providence police officers approached him with their guns drawn while he was on duty, in uniform and sitting outside his own fire station on Wednesday night. The cops demanded to know if Paci was armed even after he identified himself as a firefighter, and then searched his car because they claimed he matched the description of an armed suspect seen nearby. Paci fought back tears as he recounted the incident in an interview during a protest rally against police brutality and racism on Friday. His story sparked outrage among city leaders as police launched an investigation.