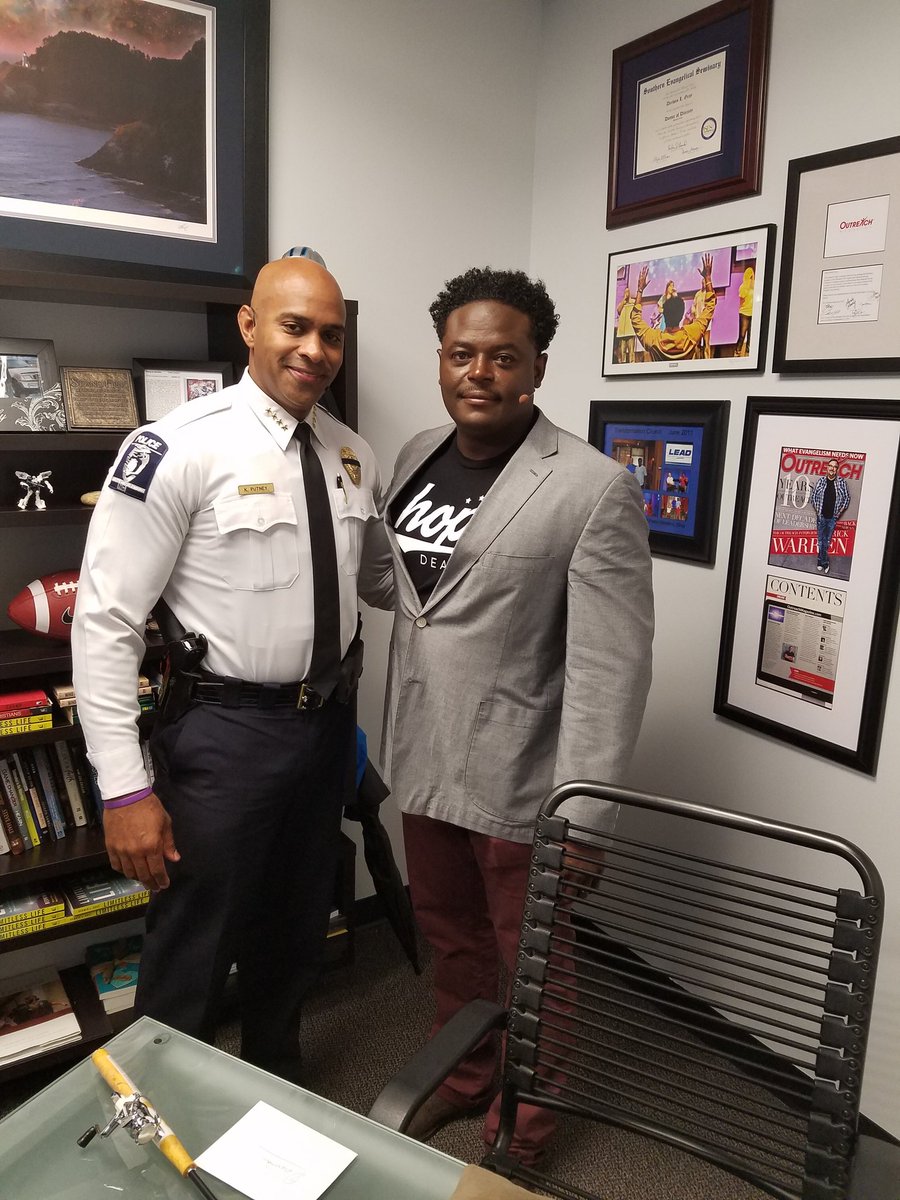 Derwin L. Gray, lead pastor of Transformation Church, had a live conversation with Charlotte-Mecklenburg Police Chief Kerr Putney on Instagram to talk about issues arising out of the death of George Floyd, a black man, while in police custody.

Gray, a former professional football player in the NFL and whose church is in South Carolina, said on Instagram live there are “systemic problems” pertaining to policing and the African American community while acknowledging that there are “many incredible men and women” in the police.

The founding pastor of Transformation Church was talking about Floyd, a 46-year-old black man, who died on May 25 while he was lying on the ground, handcuffed and restrained by three officers in Minneapolis. Several cellphone videos and police body cameras captured various aspects of the incident, which has led to ongoing protests and rioting.

Jesus’ commandment to “love your neighbor as yourself,” he explained, means speaking out against injustice even when it “doesn’t affect people who look like me.” He added that Jesus came for the oppressed and those held captive, both spiritually and physically, and died for all people.

The pastor asked CMPD Chief Putney if there was any part of the training that he had received that could have stopped those police officers from doing what they did.

“When I saw the video, I was disgusted; it was the most cowardly act I’ve ever seen,” Putney said, adding that the incident goes against everything that the police administration represents.

Putney also shared why he chose to become a police officer. “I grew up not liking the profession, not liking cops at all,” he said. “My dad died when I was 10, felt he was murdered; the body was thrown in the river and local authorities didn’t investigate. They chalked it up as another black man dead.”

Putney said there are many good officers who sacrifice and do great things for the community. He added that while the vetting process involves not just a background check but also screening for character flaws, it may not be perfect sometimes.

“We’re always training, trying to be better, but what you can’t train is learn from your upbringing. We train you to be good cops, but it starts with the forward; you have to be a good person,” Putney said. “Anybody willing to abuse somebody the way this former officer did was not worthy to be sworn in, in the first place.