President Trump orders the Pentagon to remove 9,500 troops from Germany by September – but denies it has anything to do with Angela Merkel rift 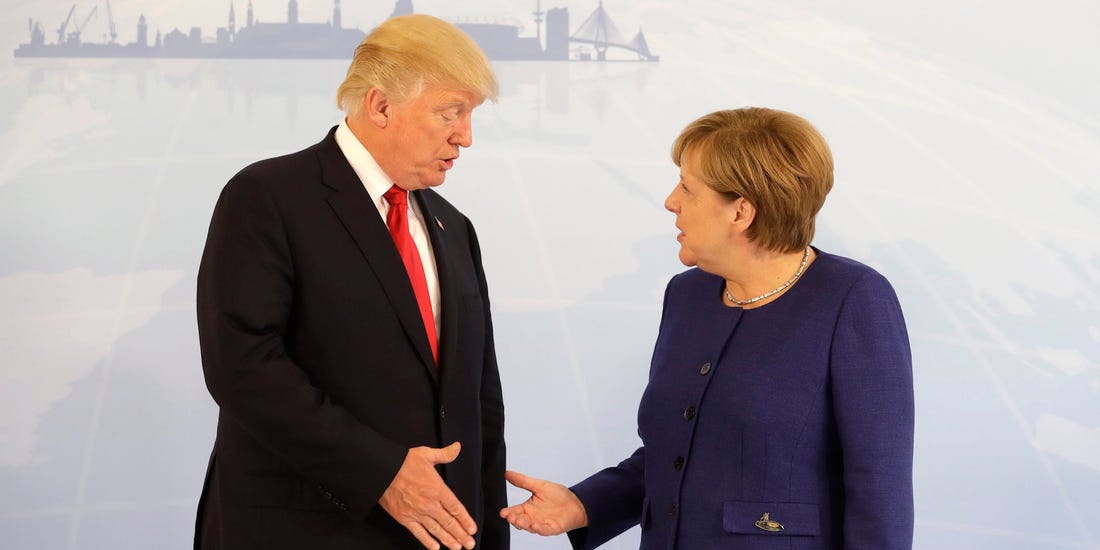 Donald Trump has ordered the military to remove 9,500 troops from Germany, a senior U.S. official said on Friday, a move likely to raise concerns in Europe about the U.S. commitment to the continent.

The official, who did not want to be identified, said the move was the result of months of work by America’s top military officer, General Mark Milley, chairman of the joint chiefs of staff, and had nothing to do with tensions between Trump and German Chancellor Angela Merkel, who thwarted Trump’s plan to host a G7 meeting this month.

A second senior administration official said the 9,500 troops would be sent elsewhere, some to Poland, some to other allied countries, while some would return home.

This official said there was less need for the large contingent in Germany due to overall increased defense spending by the U.S.-led NATO military alliance.

The second official said the change was ordered in a memorandum signed recently by Trump’s national security adviser, Robert O´Brien. The official said the United States started working on the plan in September and had just now got the pieces in place.

‘The plans once again show that the Trump administration is neglecting an elementary leadership task: the involvement of alliance partners in decision-making processes,’ Johann Wadephul, foreign policy spokesman for the CDU/CSU parliamentary group, told Reuters.