John Kingston on a Soul Check for White Christians; in the Words of MLK, “There Comes a Time When Silence is Betrayal” 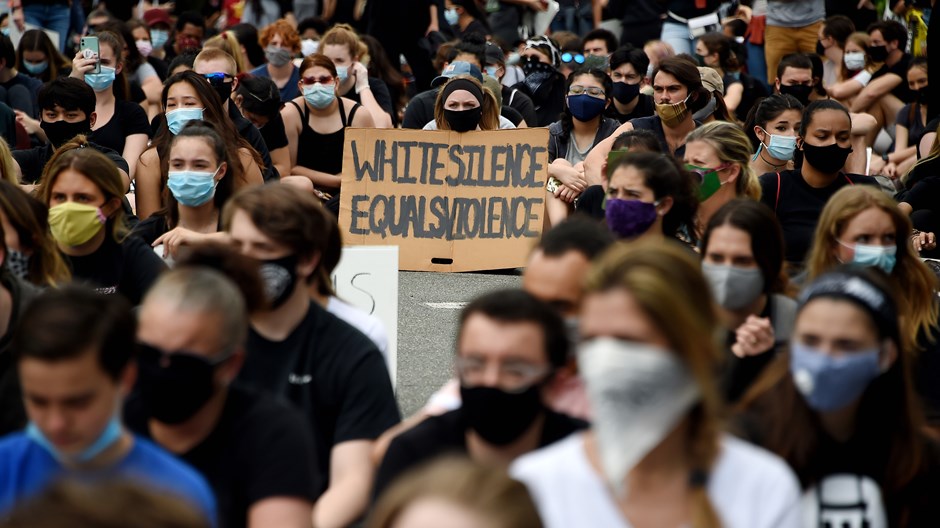 If you are white, Christian, and American, and want your fellow citizens to flourish and prosper together, you should be deeply troubled right now. In fact, “troubled” is too soft a word.

2020 has brought an assault on our senses and a challenge to our very ability to live together as a people. It began with the rancor and strife of the impeachment process—which now seems like a lifetime ago. The coronavirus onslaught ravaged bodies and beat down our spirits. Then came the wave of economic devastation from the lockdown and 40 million Americans filing for unemployment. Now, in rapid-fire succession, the no-knock raid and death of Breonna Taylor, the hunting and killing of Ahmaud Arbery, the execution of George Floyd, and the rioting and looting of America’s urban centers.

As Michelle Goldberg of The New York Times has pointed out, we have revisited some of the most traumatic experiences of the past century all in the space of five short months—from the Spanish flu in 1918 to the economic crash of 1929 to race-related killings and urban unrest in 1968 to impeachment in 1974. Throughout all this, our leadership, especially in the political and media worlds, has brought more heat than light. There are exceptions, but in general we don’t know whom to trust.

Given everything, we feel disoriented, and many may wonder whether we have lost our moorings about who we are as Christians and Americans. It’s not only natural but right, in response to the mistreatment of our brothers and sisters and fellow citizens, to feel angry. There is a time for righteous anger, and that time is when children of God are robbed of their humanity and denied the most basic of dignities (to freely walk or breathe). If you’re not angry and feel deep sadness in this moment, it may be time for a soul check.

Chaos, conflict, carnage, and confusion reign in our communities and in our hearts. We know this is not how it is supposed to be—not who we are supposed to be, as Christians and as Americans—yet we don’t know the way forward.

I grew up in a very white working class and rural community before heading off to Philadelphia for college in the 1980s. There I fell in love with my wife, Jean, the daughter of Chinese immigrants. Jean has always told our four children she is the product of the great American dream; her parents left China with a single suitcase, no money, and no home to greet them on the other side yet established a remarkable place for themselves in America.

At Penn, I had the tremendous fortune to form deep relationships with people of all colors and backgrounds, particularly in the campus African American community. I sang in the university’s gospel choir and joined Alpha Phi Alpha (the first of all black fraternities, and the fraternity of Martin Luther King Jr., among many other great men). A white guy joining a black fraternity raised some eyebrows, but it was transformative for me. The experience of marrying into one racial heritage and investing deeply in the brotherhood of another laid a foundation for the past three decades of our family’s life. We can’t help but see ourselves as part of a beautiful American mosaic, where we all participate fully and truly benefit from the distinctive experiences of people of all heritages.

With these foundational experiences, I ran a campaign for the US Senate in 2018 with a core management team that was black and white and Latino and Asian, as well as Democratic and Republican and Independent and Green. We found that people had lost their way; light was confused with darkness, truth with untruth; and anxiety, depression, and loneliness were exploding in every demographic. 150,000 deaths of despair per year. People searching for purpose and meaning. Long before 2020, we were divided, falling, and grasping for hope.

What are some first steps, then, toward finding our way forward?