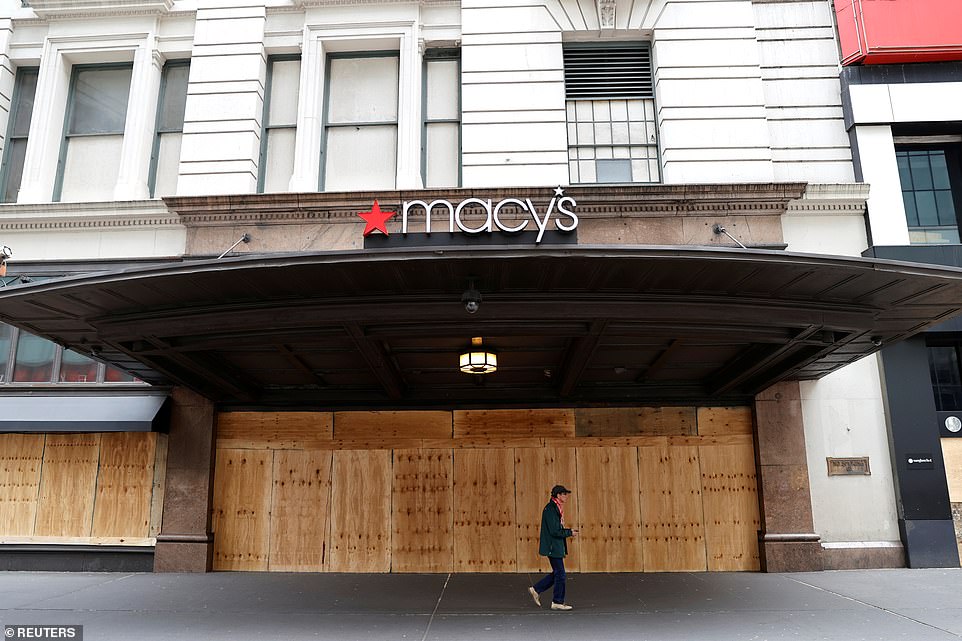 The NYPD is cracking down ahead of a third night of carnage across Manhattan by canceling all office leave after failing to control looters on Monday night despite doubling its presence from 4,000 to 8,000 officers.

All non-essential traffic will be banned across Manhattan beneath 96th Street starting at 8pm tonight as the NYPD gears up for another night of carnage, the third in a row.

Earlier on Tuesday, de Blasio brought the curfew forward from 11pm until 8pm after another night of violence and crime that saw looters pillage Fifth Avenue, Union Square, Madison Square, Flatiron and parts of Soho.

Since the rioting began in New York City, more than 700 people have been arrested, according to NYPD Commissioner Dermot Shea on Tuesday morning. A citywide curfew from 8pm until 5am is in place until Sunday.

Six people were injured last night including a police officer who was run over in the Bronx and there were a dozen shootings but none were involving police.

President Trump on Tuesday called on Gov Andrew Cuomo to take tougher action and send in the National Guard, saying the city had been lost to ‘lowlife scum’ and ‘thugs’.

The decision to send in the Guard rests with Cuomo and de Blasio but both are refusing to do it, saying the NYPD is better equipped to handle the situation even though they have lost control to crowds in the last 48 hours.

On Tuesday, Cuomo said neither the NYPD nor the Mayor did their job last night and that the result was a ‘disgrace’ but he believes the situation will improve if the cops are deployed ‘properly’.

De Blasio has not said how many extra cops he will put on the streets, if any.

People who are exempt to the curfew are essential workers – as defined by the COVID-19 lockdown rules – , the homeless and people seeking medical attention.

Ubers and Lyfts are considered essential as are yellow taxis and restaurants can still deliver food to homes if they choose to stay open.