Louisville Police Release Surveillance Video They Claim Shows Local Restaurant Owner David McAtee, 53, Firing at Them First Before Being Fatally Shot by Officers who Had Body Cams Switched Off During Night of Protests and Riots 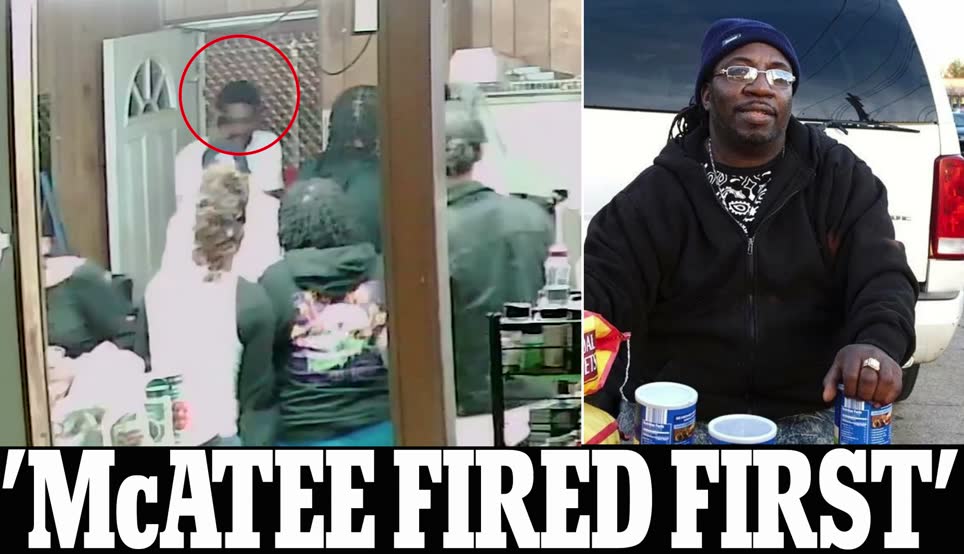 McAtee, 53, died in a fatal exchange with police and National Guard soldiers in the early hours of Monday morning as authorities were attempting to enforce a curfew in the city amid ongoing protests and riots in response to the death of George Floyd. Two separate videos, taken from inside and outside of McAtee’s Yaya’s BBQ, show the restaurant owner and several other people walk in and out of the building as police officers and National Guard arrived on the scene. At one stage, McAtee is seen leaning out of the door of the building, raising his arm upward before staggering backwards clutching his stomach and collapsing to the ground. It isn’t clear from the footage what McAtee – if anything – is holding in his hand.