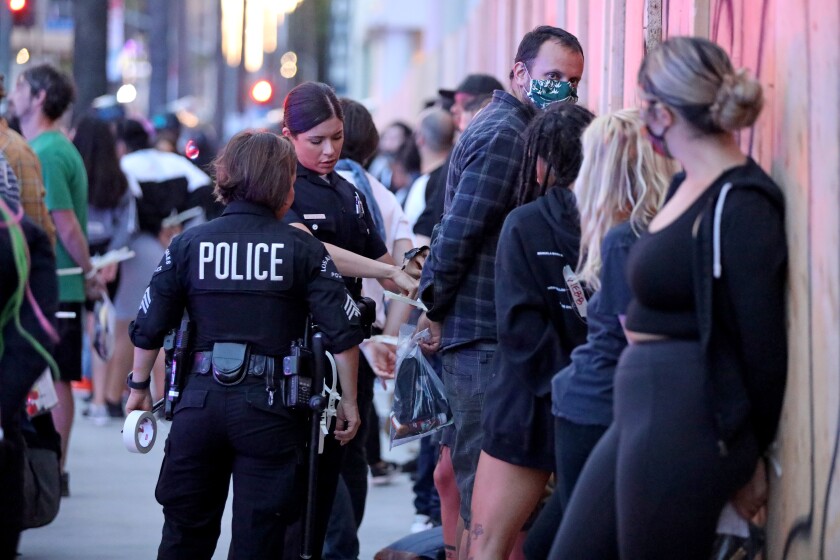 The chief told the city Police Commission that about 2,500 of those arrests were for failure to disperse or curfew violations. The remainder were for crimes including burglary, looting, assaults on police officers and other violence.

The chief gave the figures during a report to the Police Department’s civilian oversight board. Several new demonstrations in Los Angeles on Tuesday over the death of George Floyd have remained peaceful.