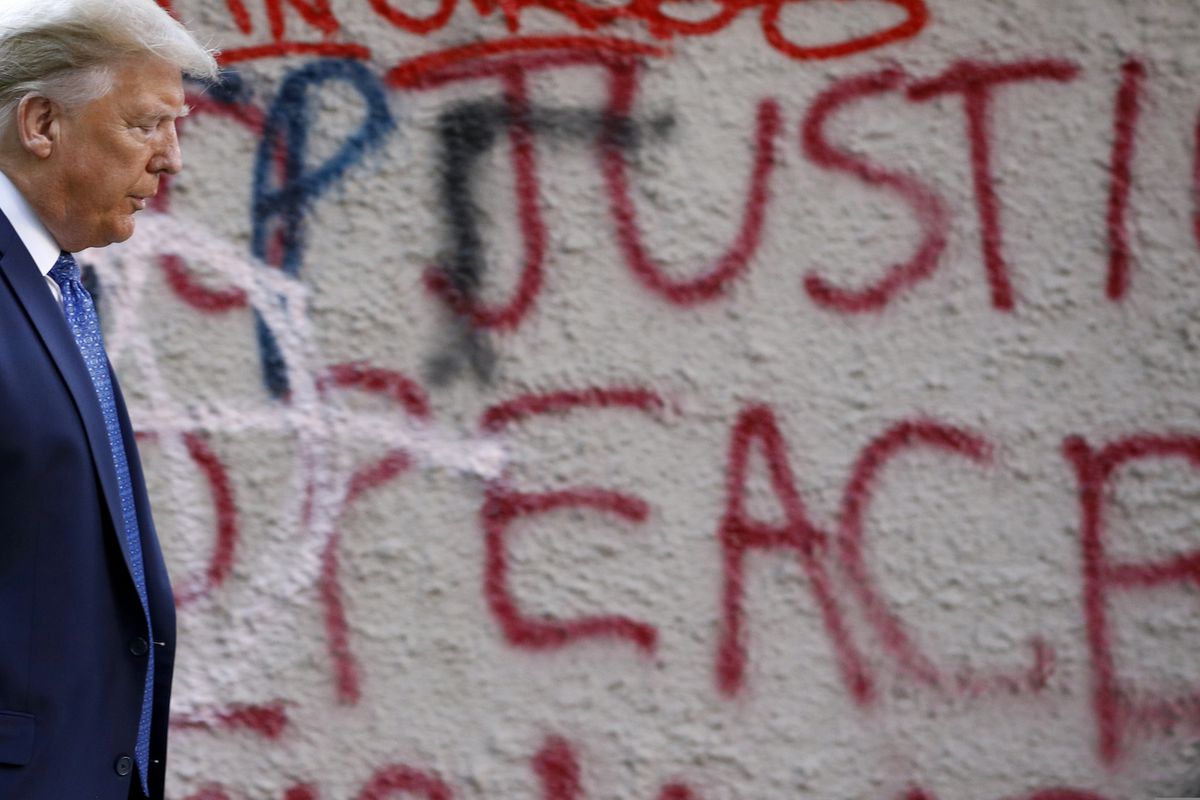 WASHINGTON – President Donald Trump began considering a visit to St. John’s Episcopal Church on Monday morning, after spending the night devouring cable news coverage of protests across the country, including in front of the White House.

The historic church had been damaged by fire, and Trump was eager to show that the nation’s capital – and especially his own downtown swath of it – was under control.

There was just one problem: the throngs of protesters, who on Monday had again assembled peacefully in Lafayette Square across from the White House to protest the death of George Floyd, an unarmed black man who died in police custody in Minneapolis last week.

And so – shortly before the president addressed the nation from the Rose Garden at 6:43 p.m. Monday and roughly a half-hour before the District of Columbia’s 7 p.m. curfew went into effect – authorities fired flash-bang shells, gas and rubber bullets into the crowd, clearing a path for Trump to visit the church immediately after his remarks.

The split screen as Trump began speaking was dark and foreboding – an angry leader proclaiming himself “an ally of all peaceful protesters” alongside smoke-filled mayhem and pandemonium as protesters raced for safety.