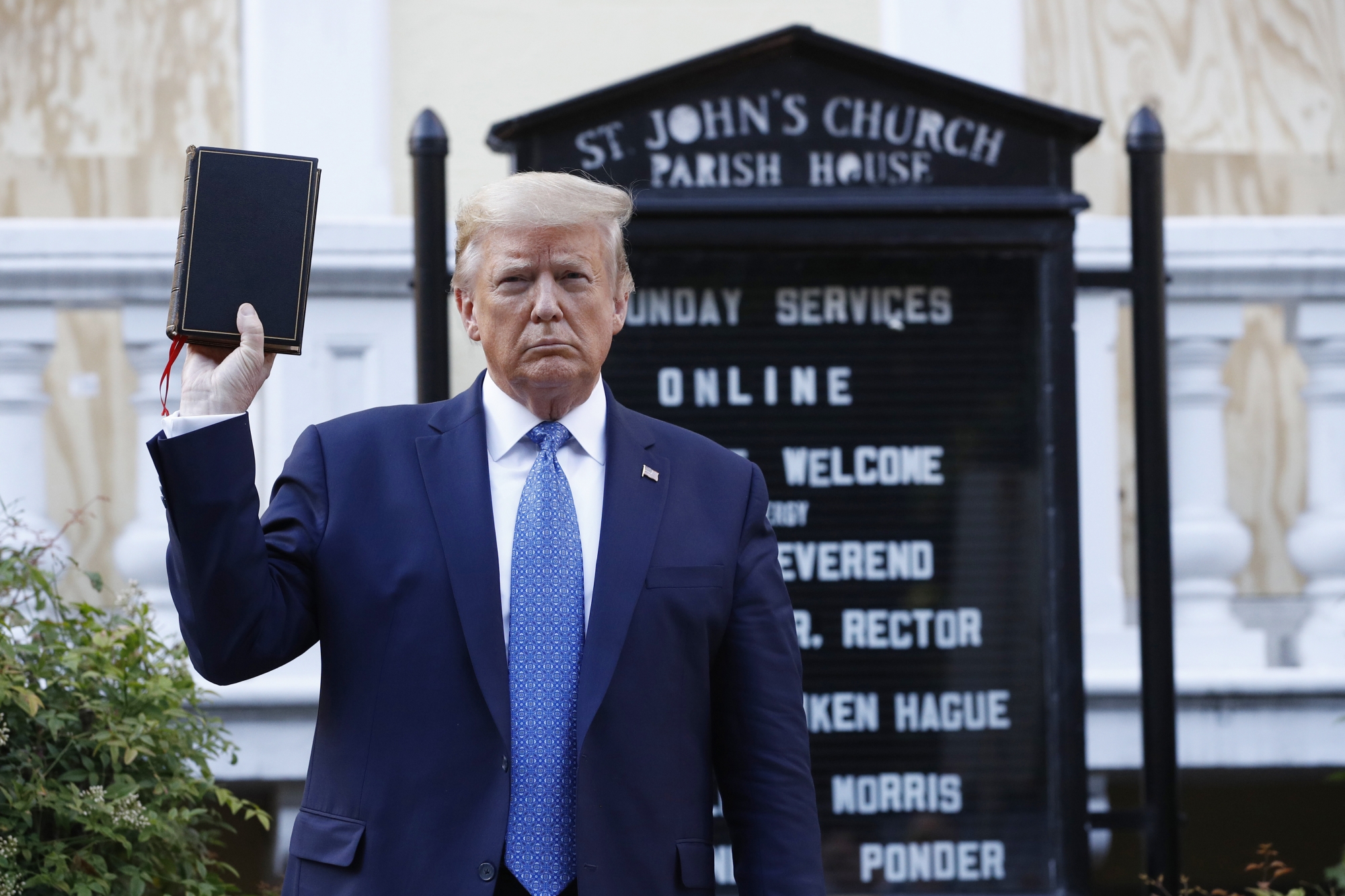 The head of the Episcopal Diocese of Washington has responded after President Donald Trump held a Bible and had his photo taken in front of St. John’s Church on Monday after police used tear gas to clear out protesters.

Bishop Mariann Budde has spoken in support of those engaging in peaceful protest and criticized Trump’s response to the protests that have gripped the nation following the death of George Floyd.

Budde said that Trump allowed the use of tear gas by police in order to use St. John’s Episcopal Church as a backdrop for a “message antithetical to the teachings of Jesus and everything that our church stands for.”

Tonight President just used a Bible and a church of my diocese as a backdrop for a message antithetical to the teachings of Jesus and everything that our church stands for. To do so, he sanctioned the use of tear gas by police officers in riot gear to clear the church yard. 1/1

The church was damaged by fire during Sunday night’s protest.

Budde said in a statement Monday night that the diocese in no way supports Trump’s “incendiary response to a wounded, grieving nation.”

The diocese expressed support for those seeking justice for Floyd through the “sacred act of peaceful protest.”

Floyd was an African American man who was killed last week in Minneapolis after a white police officer put his knee on Floyd’s neck while taking him into custody.

Budde said Trump used the Bible as a “symbol of division,” and he did not come to the church to pray, lament Floyd’s death or acknowledge the plight of people of color.