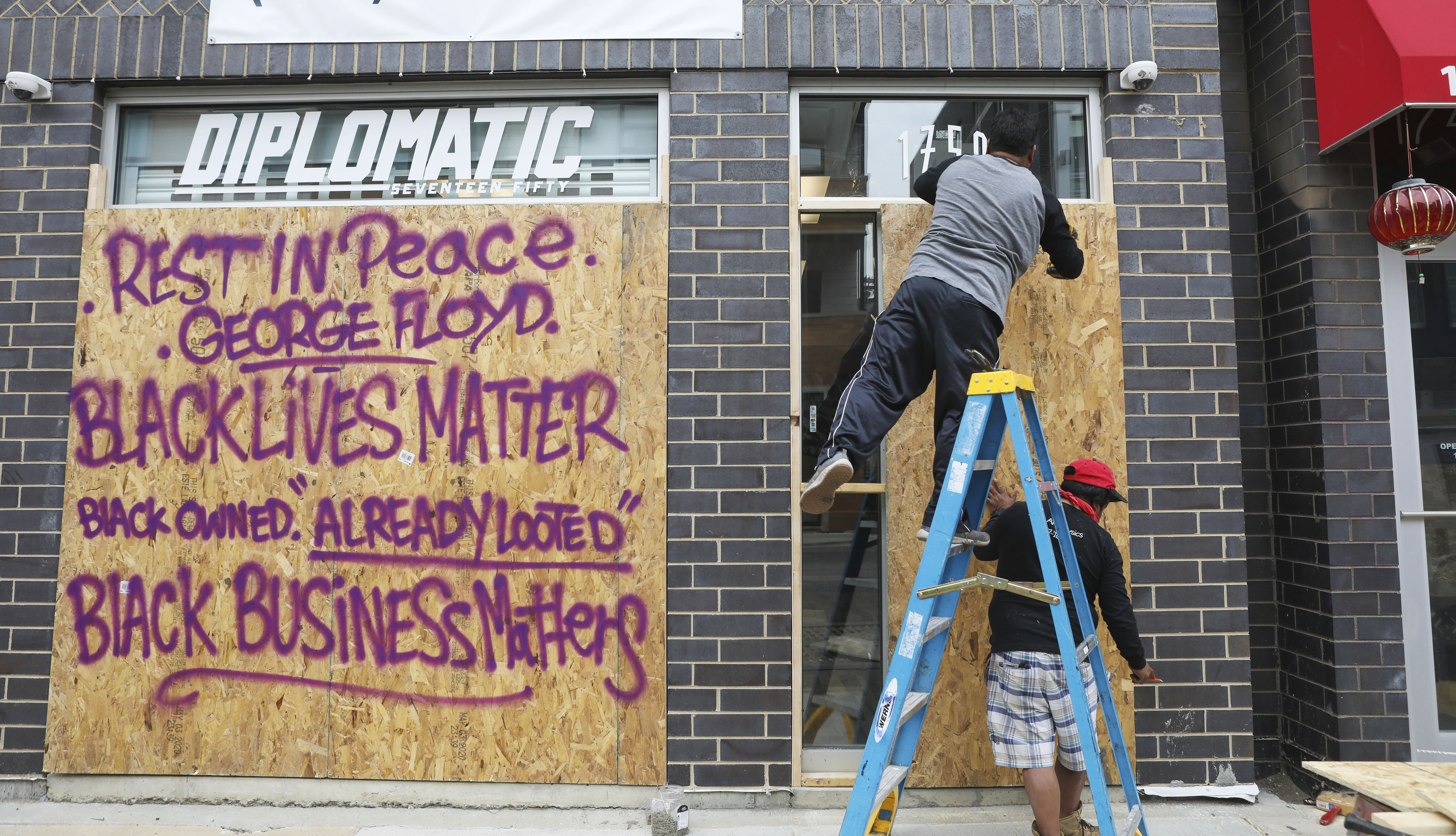 CHICAGO (AP) — Vandals robbed malls and shopping centers in communities outside Chicago. They stormed stores across the San Francisco Bay in what appeared to be coordinated smash-and-grabs. Banks and a sleek, modern office building were burned to the ground in a San Diego suburb.

As officials locked down city centers due to protests and violent unrest over police brutality, trouble has emerged in some neighborhoods and suburbs, leaving communities that felt insulated from the early unrest suddenly vulnerable and fearful.

Many city and suburban officials blamed most of the mayhem on opportunists rather than those protesting the killing of George Floyd, a handcuffed black man who pleaded for air as a white Minneapolis police officer pressed a knee against his neck.

More than 100 people converged on an outdoor mall in Walnut Creek, a wealthy San Francisco suburb, carrying away garbage bags stuffed with merchandise. Video from news organizations and bystanders showed women hauling pricey purses out of stores. One woman was shot in the arm by someone in a vehicle that sped from the scene, police said.

“We all understand the rage and the feelings that many have over what’s happening in Minnesota. What we’re concerned is that these people that are here have nothing to do with that; they are just here to make mayhem,” Mayor Loella Haskew told KRON-TV.

Walnut Creek was trending on Twitter Saturday with many posters threatening to stir up trouble in the wealthy and mostly white suburb.

But the problems affected racially and economically diverse neighborhoods too.

In West Philadelphia, a predominantly black neighborhood far from the city center, police on Saturday fired tear gas, people were seen running from at least one store with goods and police cars were ablaze or otherwise damaged. In Northeast Philadelphia, people ran into stores and emerged with merchandise.