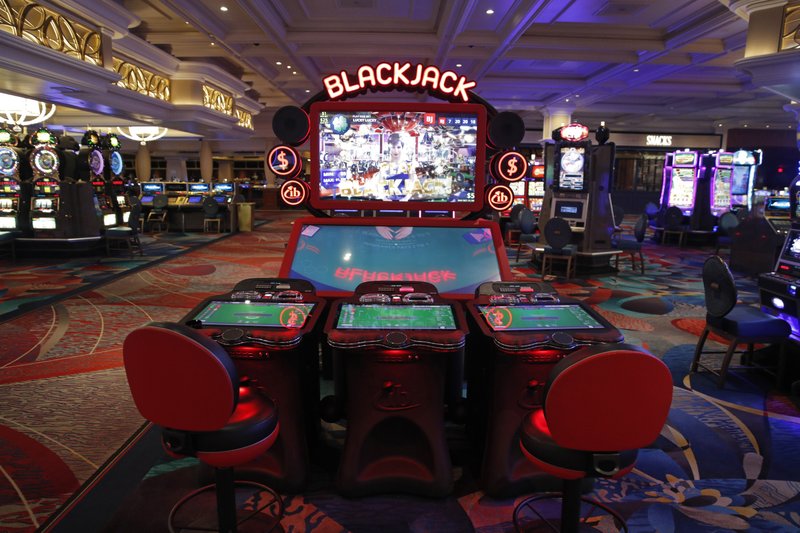 Yes, dice will roll, cards will be dealt and slot machines will beckon. But poker rooms? Closed.

Tourists returning to Las Vegas will see changes since gambling stopped in mid-March for the first time ever to stem the spread of the coronavirus.

The stakes could not be higher, said Robert Lang, executive director of the Brookings Mountain West think tank at the University of Nevada, Las Vegas.

“Las Vegas can never be known as the place where people go and get sick,” he said.

Nevada Gov. Steve Sisolak has set a tentative June 4 date for reopening casinos. The Democratic governor said in a statement Friday that Nevada has continued to see decreasing cases of the coronavirus and hospitalizations of COVID-19 when some restrictions began to be eased nearly two weeks ago.

Sisolak’s office said he plans to hold a news conference on Tuesday to offer more details about the next phase of reopening, assuming those positive trends continue through the Memorial Day weekend. Nevada’s gambling regulators also plan to meet Tuesday and will consider reopening plans submitted from casinos, which need to be approved at least seven days before reopening.

“We all know what we’ve gone through for the last 10 weeks. No one’s having fun,” said Bill Hornbuckle, acting chief executive and president of casino giant MGM Resorts International. “The simple idea that I could get out, come to a resort, lay at a pool, enjoy a nice dinner, sit at a blackjack table. There’s something to be said for all of that.”

Many properties have aimed for an early June restart in the gambling mecca closed almost overnight in the middle of a hot streak — three consecutive $1 billion months in statewide casino winnings. The city had been drawing more than 40 million annual visitors.

Once given the green light, the marquees and the managers will welcome people back to this 24/7 town built for crowds, excitement and excess. But not every resort amenity will be open. Nightclubs, dayclubs, buffets and large venues will remain closed. Cirque du Soleil shows will stay dark, at least for now.

Signs everywhere will remind guests of new rules: Wash your hands; keep distance from others; limit your elevator ride to your sanitized room to just four people.

Dice will be disinfected between shooters, chips cleaned periodically and card decks changed frequently. At some resorts guests will be encouraged to use cellphones for touchless check in, as room keys, and to read restaurant menus.

Wynn Resorts properties and The Venetian, owned by Las Vegas Sands, plan to use thermal imaging cameras at every entrance to intercept people with fevers. Smaller operators in Las Vegas and Reno will offer hand-sanitizer.

“A gondola pilot wearing a face mask will be on board to steer the vessel,” a Venetian protocol says. “Gondoliers stationed along the canal will serenade passengers from an appropriate distance.”

New state Gaming Control Board regulations require surfaces to be disinfected according to federal Centers for Disease Control and Prevention guidelines and “increased attention” to high-touch hotel items like television remote controls and light switches.

Guests will get free masks at large resorts, but won’t be forced to use them. For blackjack dealers, bellhops, reservation clerks, security guards, housekeepers and waiters, masks are mandatory.

“That’s the most visual thing. Every employee will be required to wear a mask,” McBurney said.

His footsteps echoed walking with a reporter past marble statues in the lobby toward a gilded casino vacant for the first time since it opened in 1966. A slot machine cried “Wheel of Fortune!” in the void. Seats on both sides of the game had been removed.

“Visually, you’ll still see a lot of color and activity, but you won’t be able to play every machine,” McBurney said.

At the neighboring Bellagio, Hornbuckle showed new hand-washing stations installed where banks of slot machines were removed. His company is losing almost $10 million a day during the shutdown, he said.

Other rules: four players only at roulette, six at craps. Plastic partitions will separate dealers from players and players from each other at the Bellagio, three at each table.

Hornbuckle promised Bellagio’s iconic dancing fountains will restart as soon as the governor sets a date. Still, just 1,200 of the hotel’s 4,000 rooms will be rented and casinos will be limited to 50% of capacity.

“You’re going to see less people, by control and by design,” he said.

Caesars Entertainment plans to open Caesars Palace and the Flamingo Las Vegas at first, followed later by Harrah’s Las Vegas and the casino floor at the LINQ hotel-casino.

Lang called it unlikely that big crowds will return quickly, and said resort operators with deep pockets “will probably allow a bargain moment” until business improves. “First will be residents of Las Vegas. Then people getting here by car from California. Then domestic air flights. Then international,” the researcher predicted.

McBurney said that with nearly 4,000 rooms at Caesars Palace, he expected just one of six towers will be occupied. “Once people know there’s an opening date … demand will increase,” he said. “How much? I can’t speculate.”