Carol Round on When You’re Tempted, Turn to God 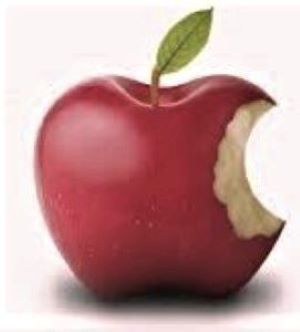 “You are tempted in the same way that everyone else is tempted. But God can be trusted not to let you be tempted too much, and He will show you how to escape from your temptations”—1 Corinthians 10:13 (CEV).

Amazed by a video my youngest son sent to me recently, I laughed. The video was what I would call a training video. To teach my two-year-old granddaughter about delayed gratification, her mother, an educator, placed a few pieces of candy on the kitchen table.

After her mother lifted Ruby into her booster seat, she immediately reached for the candy. Her mother said several times, “Don’t eat the candy until I come back. I have to get something in another room.”

Ruby answered with an “okay” each time her mother asked her not to eat the candy. Amber had placed her cell phone on the table to capture the minute-and-a half Ruby was alone with the candy. Surprisingly, Ruby didn’t eat the candy. Both my son and daughter-n-law were pleasantly surprised at their daughter’s ability to resist temptation. I found the experiment fascinating.

Curious about research conducted by Walter Mischel in the late 60s and early 70s, Amber decided to test his theory. The purpose of the study, called “The Marshmallow Test,” was to give insight into the role self-control and delayed gratification played on future success.

The results varied based on the number of seconds a child could delay in eating the marshmallow before them. Analysis of the results of this experiment developed into the foundational theory of self-control. According to the study, children who delayed gratification were more likely to have a successful future.