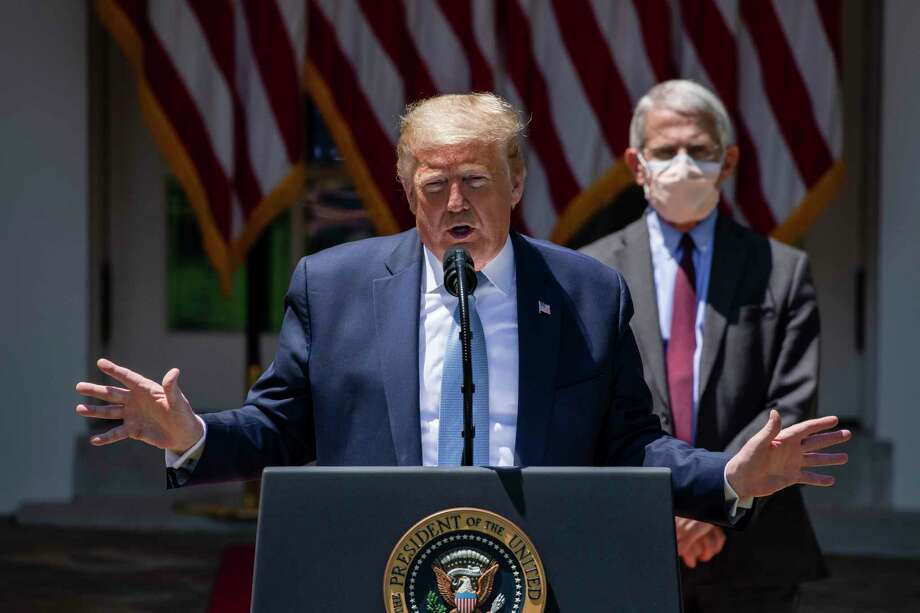 President Donald Trump declined to wear a protective face mask in public Thursday during a visit to a Ford manufacturing plant in Michigan that is turning out ventilators and masks for use in the coronavirus pandemic, despite a request from the carmaker that he wear one and an executive order from the state’s Democratic governor requiring them.

Ford Motor Co. executives wore masks as they led the president on a tour, in accordance with company policy, but Trump said it was “not necessary here.” He suggested the issue is symbolic, but not in the lead-by-example manner his critics say he should view it.

Instead, Trump – who publicly prizes strength and symbols of masculinity including height, firm handshakes and deep voices – suggested he considers it unseemly or unpresidential to be seen in a mask. Trump said he had worn a mask in another area of the plant, “where they preferred it,” but declined to wear one in view of the cameras.

“I didn’t want to give the press the pleasure of seeing it,” Trump said.

Masks have become emblematic of a cultural and increasingly political divide over restrictions meant to slow the spread of the coronavirus. Screaming maskless protesters, some armed, faced off with masked law enforcement officers inside the Michigan state Capitol last month. A confrontation between a calm Costco employee and a shopper in Colorado who refused to wear a mask “because I woke up in a free country” went viral online this week.

Trump is encouraging the quick end to restrictions on movement and commerce amid a steep economic decline, including the highest unemployment in decades, making masks part of a time period he is trying to leave behind.

“And now we’re going to turn it back on like never before,” Trump said in a speech on the factory floor.

“A permanent lockdown is not a strategy for a healthy state or a healthy country,” Trump said, referring to stay-at-home orders in place throughout much of the country. “Our country wasn’t meant to be shut down.”