There’s a Devil Loose: NY Man, 32, ‘Stabs his Father, 72, to Death While he was Chatting in a Zoom Alcoholics Anonymous Meeting with 20 Other Men’ 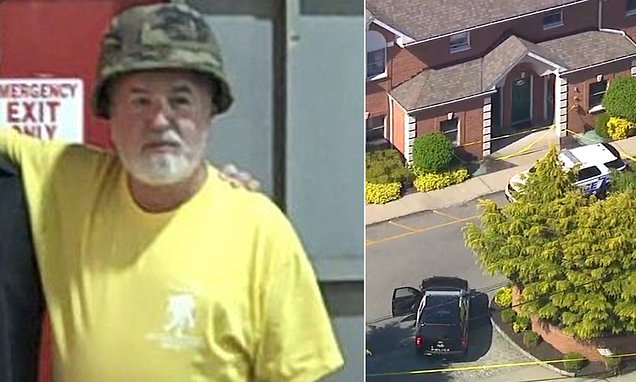 A father on New York’s Long Island was stabbed to death by his adult son during a Zoom video chat with almost two dozen other men who were participating in the live stream. Dwight Powers (left), 72, of Amityville, NY, was at his home (right) on a Zoom chat set up for an Alcoholics Anonymous meeting with 20 other men Thursday when he was stabbed to death, allegedly by his son Thomas Scully-Powers, 32, police say. Scully-Powers allegedly appears naked in the Zoom feed after the slaying as the participants scrambled to notify authorities. Police who were called to the home say the son answered the door, slammed it in their faces, and fled through a window before he was caught a short while later.