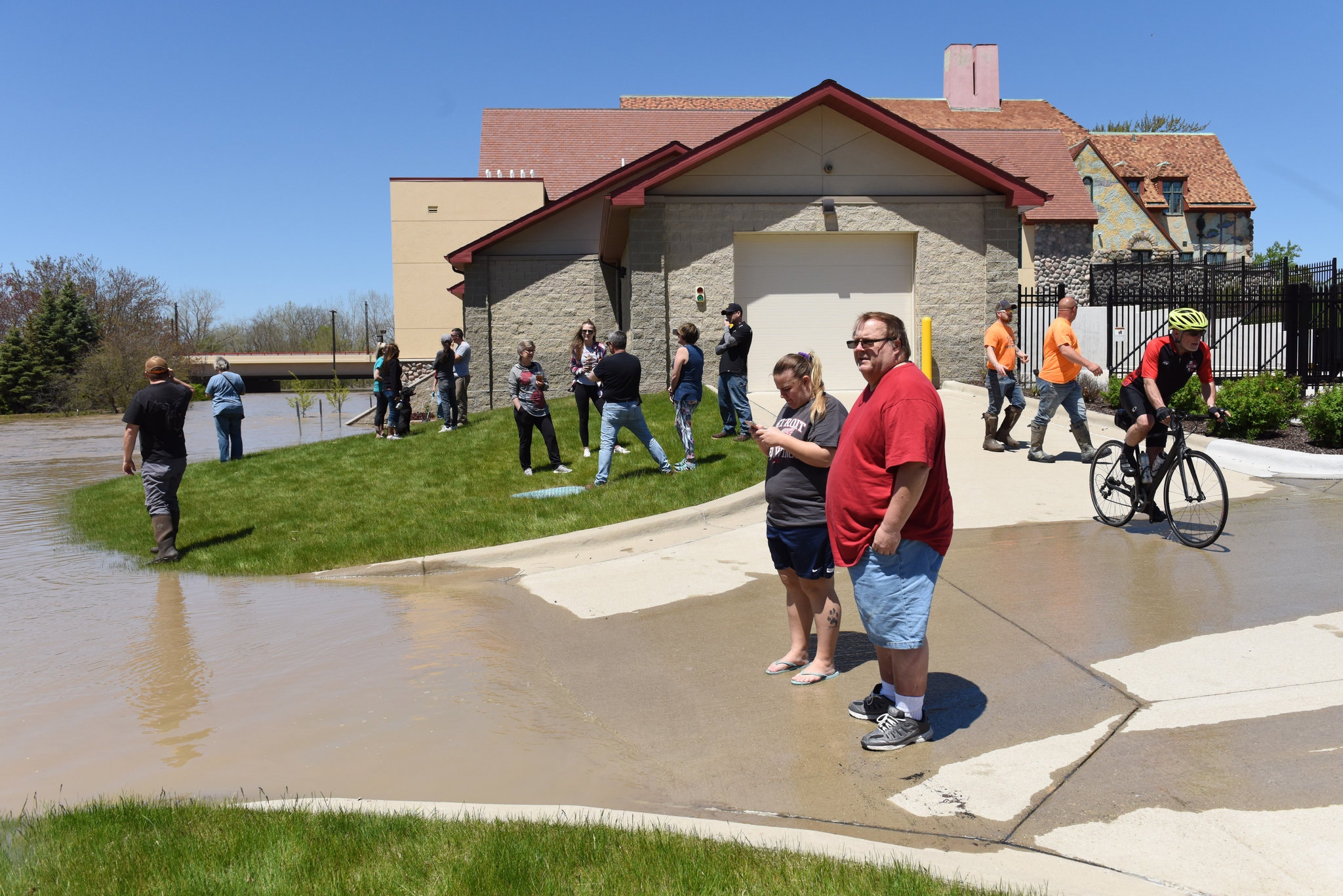 Residents in nearby towns, including Edenville, Sanford and Midland, were evacuated.
Two dams in Central Michigan were breached by rain-swollen floodwaters on Tuesday, forcing the evacuation of thousands of residents and prompting officials to warn of life-threatening danger.

The failures of the Edenville Dam and the Sanford Dam, about 140 miles northwest of Detroit, led the National Weather Service to issue a flash-flood warning for areas near the Tittabawassee River, with downstream effects expected from Midland to Saginaw.

Residents in nearby towns, including Edenville, Sanford and Midland, were evacuated.

On Wednesday, the Weather Service said that the Tittabawassee River had reached 34.72 feet just before 9 a.m., a full 10 feet above flood levels, and that it was continuing to rise. The service said that life-threatening flooding along the river would continue during the day.

Bridges across the river were closed and many roads were under water, Midland County officials said.

“There is no way into our city, and many of the highways have water barriers, and that will probably get worse this evening,” said Holly Miller, the executive director of United Way of Midland County. “It is hard to know what is going on.”

About 10,000 people were evacuating from Midland, which has a total population of more than 41,000, and about 1,000 more residents in townships outside of the city were ordered to leave their homes, Bridgette Gransden, a Midland County spokeswoman, said in a telephone interview on Wednesday. She said more homes could have been affected.

“Midland won’t see the peak of this until 8 p.m.,” said Janine Ouderkirk, the executive director of Shelterhouse, which provides housing to domestic violence and sexual assault survivors. Her organization will help provide food, blankets and clothing to evacuees. “We do anticipate an increased need and influx,” she said.

Ms. Miller said that at least one nursing home and one retirement community were among the residences that had been evacuated.

The area around Dow’s headquarters in Midland was flooding.
Midland is the site of one of the nation’s most extensive toxic cleanup sites — the area surrounding a sprawling Dow chemical complex — which raised concerns of a wider environmental fallout from the dam disaster and flooding.

The compound, which also houses the chemical giant’s world headquarters, lies on the banks of the Tittabawassee River.

Kyle Bandlow, a Dow spokesman, confirmed that as of 10 a.m. Wednesday, floodwaters had reached the site’s outer boundaries, and were entering ponds designed to hold storm water runoff.

Given the extent of the expected flooding around Midland, it “seems unlikely the Dow plant site will be spared,” Michelle Hurd Riddick, a member of the environmental group Lone Tree Council, said in a text message from Midland.

The threat to the Dow complex highlights the risks to Superfund and other toxic cleanup sites posed by the effects of climate change, which include more frequent and severe flooding. For more than a century, the Dow complex has manufactured a range of products including Saran Wrap, Styrofoam, Agent Orange and mustard gas. Over time, Dow released effluent into the water, leading to dioxin contamination stretching more than 50 miles along the Tittabawassee and Saginaw Rivers and into Lake Huron.

Research has shown that dioxins can damage the immune system and can cause reproductive or developmental problems and cancer.

Mr. Bandlow said the company was “implementing its flood preparedness plan, which includes the safe shutdown of operating units on site,” which still manufactures plastics and other chemical products.