CSI Agents Carry Out Evidence Bags From $1.5M Home of Missing Colorado Mom After Her Two Daughters Raised Alarm When She Vanished on Mother’s Day – and Her Husband Has Not Been Allowed Back in the Home Since She Disappeared 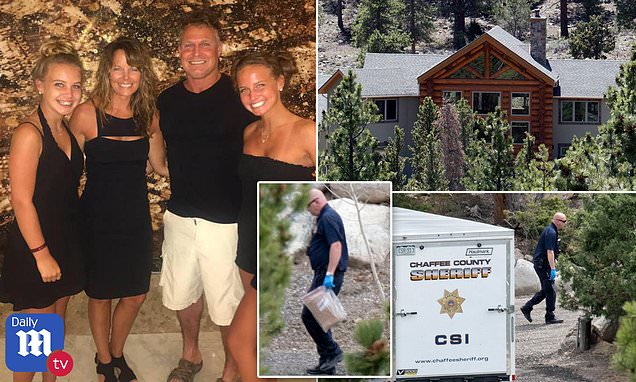 Police were seen searching and carrying out evidence bags from the home of missing Colorado mom Suzanne Morphew on Tuesday, DailyMail.com can reveal. A CSI photographer was also seen at the Salida home, which has been taped off. The 49-year-old has not been heard from since May 9 and a bike owned by the mother-of-two was recovered from a bridge close to her home on May 10. The search comes just two days after police divers from neighboring Pueblo County were seen scouring a reservoir less than a mile from Suzanne’s property. DailyMail.com has learned it was her daughters Mallory and Macy who first raised the alarm after they were unable to get hold of her on Mother’s Day. They asked neighbor Jeanne Ritter, 70, to check on Suzanne when they couldn’t get hold of her and it was Ritter who later called the police to report her missing. Suzanne’s husband Barry Morphew, 52, said he was away in Denver when she vanished – DailyMail.com can reveal he hasn’t been allowed to enter the house.