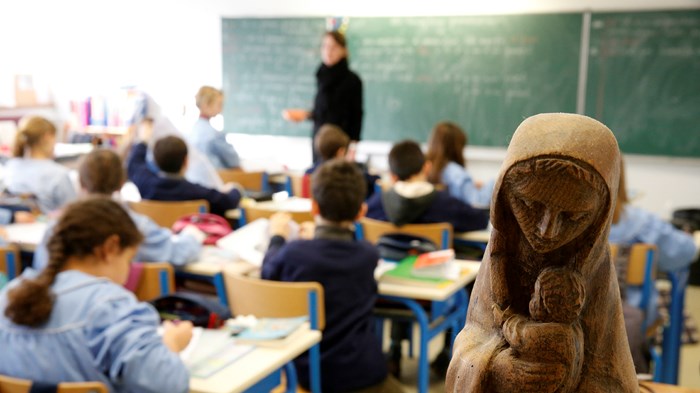 The Supreme Court on Monday seemed divided over how broadly religious institutions including schools, hospitals, and social service centers should be shielded from job discrimination lawsuits by employees.

The court heard arguments by telephone, with the audio available live, for a second week because of the coronavirus pandemic. The court has two days left of scheduled telephone arguments. Tuesday’s arguments are high-profile fights over President Donald Trump’s financial records.

On Monday, the high court heard a case stemming from a unanimous 2012 Supreme Court decision in which the justices said the Constitution prevents ministers from suing their churches for employment discrimination. But the court didn’t rigidly define who counts as a minister.

“If separation of church and state means anything at all, it must mean that government cannot interfere with the church’s decisions about who is authorized to teach its religion,” Rassbach told the justices.

But the court struggled Monday with who should count as a minister, with the court’s four more liberal members expressing concern about broadening the current exception.

Justice Sonia Sotomayor, a member of the court’s liberal wing, told Rassbach that he was seeking an exception that was “broader than is necessary to protect the church.”

Justice Elena Kagan, meanwhile, asked whether a series of people working for religious institutions would count as a minister, including: a math teacher who begins class with a prayer, a nurse who prays with patients, a church organist, and a cook who is not Jewish but prepares kosher meals. No, yes, yes, and no, Rassbach answered.

“What’s the connection, what are we supposed to draw from this?” Kagan asked, expressing concern about how the court should draw the line between who counts as a minister and who does not.

Thomas, one of several justices who went to Catholic schools growing up, suggested courts should stay out of the issue, asking: “How exactly would … a secular court go about, determining whether an employee’s duties and functions are religious or whether they’re important?”

Five of the justices are Catholic, three are Jewish and Gorsuch attended Catholic schools but now attends a Protestant church.