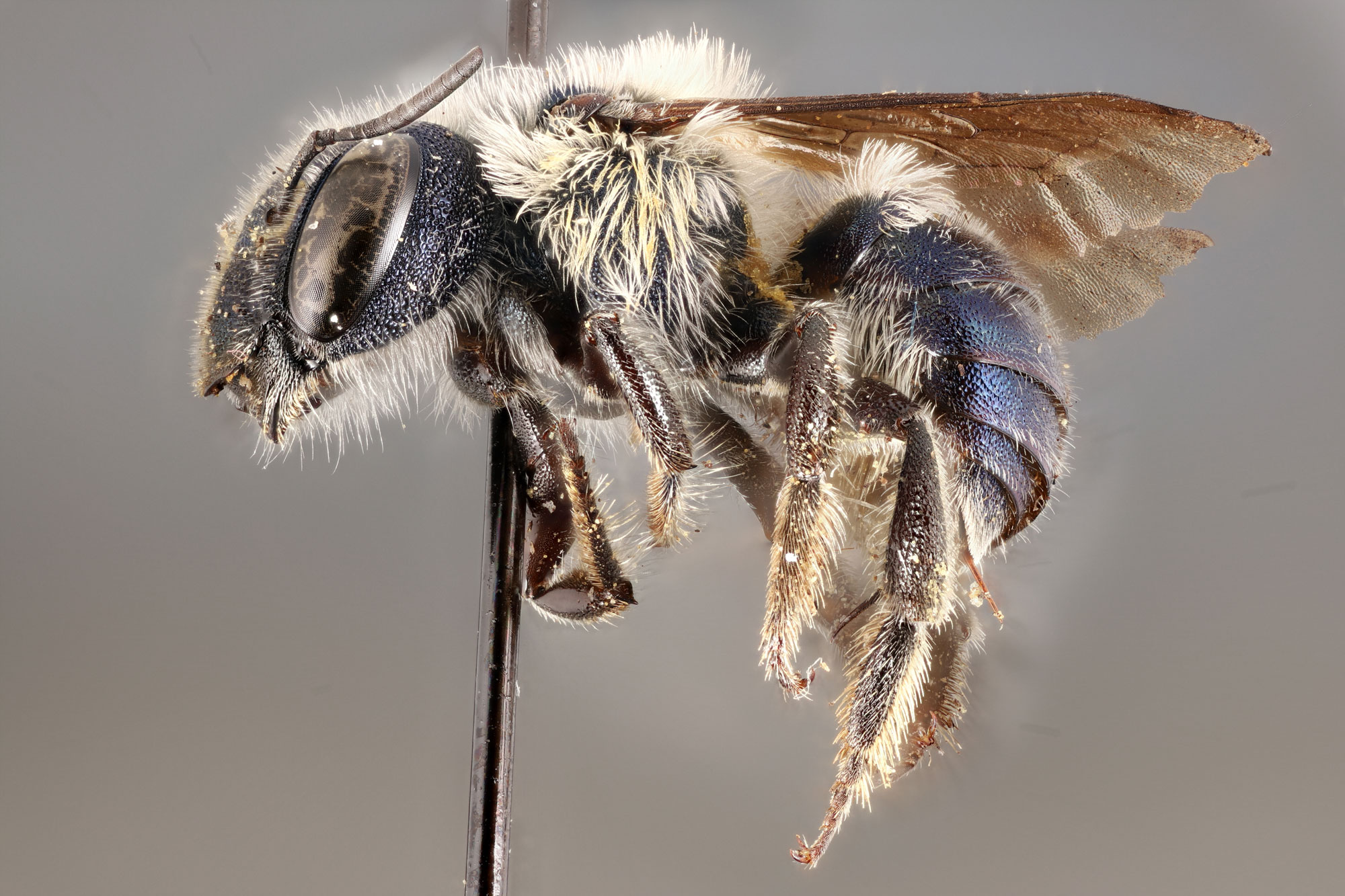 Researchers in Florida have rediscovered an “ultra-rare” metallic blue bee that hadn’t been spotted in years – so long that experts weren’t sure it still existed.

Florida Museum of Natural History researcher Chase Kimmel found a blue calamintha bee on March 9, according to an emailed statement from Kimmel. It was the first time one had been spotted since 2016, the museum says.

“We observed a shiny little blue bee grabbing (an Ashe’s calamint flower) and rubbing its head on the top portion of the flower 2-3 times,” Kimmel’s statement says. That behavior is unusual and a unique characteristic of the blue calamintha bee: “We were pretty shocked to see it.”

Since then, more of the elusive bees have been spotted, but efforts to research the insect have been curtailed by the coronavirus pandemic, Kimmel said.

The blue calamintha bee – or Osmia calaminthae – has unusual facial hairs that are used to collect pollen, the museum said in a release.

It’s a unique insect for a number of reasons, Kimmel said: It collects pollen on its face, relies on a threatened flowering plant and is found primarily in a habitat in central Florida: Lake Wales Ridge.

That region has an ancient history, the museum says: “When much of the state was underwater, higher elevation sand dune areas along the Central Florida ridge behaved almost like islands, producing isolated habitats,” according to the release.