With claims of a “plandemic” and other conspiracy theories swirling, the need to communicate accurate, trustworthy information about the coronavirus is becoming more crucial.

Leaders like Ed Stetzer have called on Christians to be discerning in what they believe and share, worried that promoting false information “can end up harming others and … hurt your witness,” as he wrote on his CT blog The Exchange.

So where are believers looking for information on the spread and risks of COVID-19? Recent survey data indicates that white evangelical Protestants’ go-to sources don’t always line up with the rest of the population. 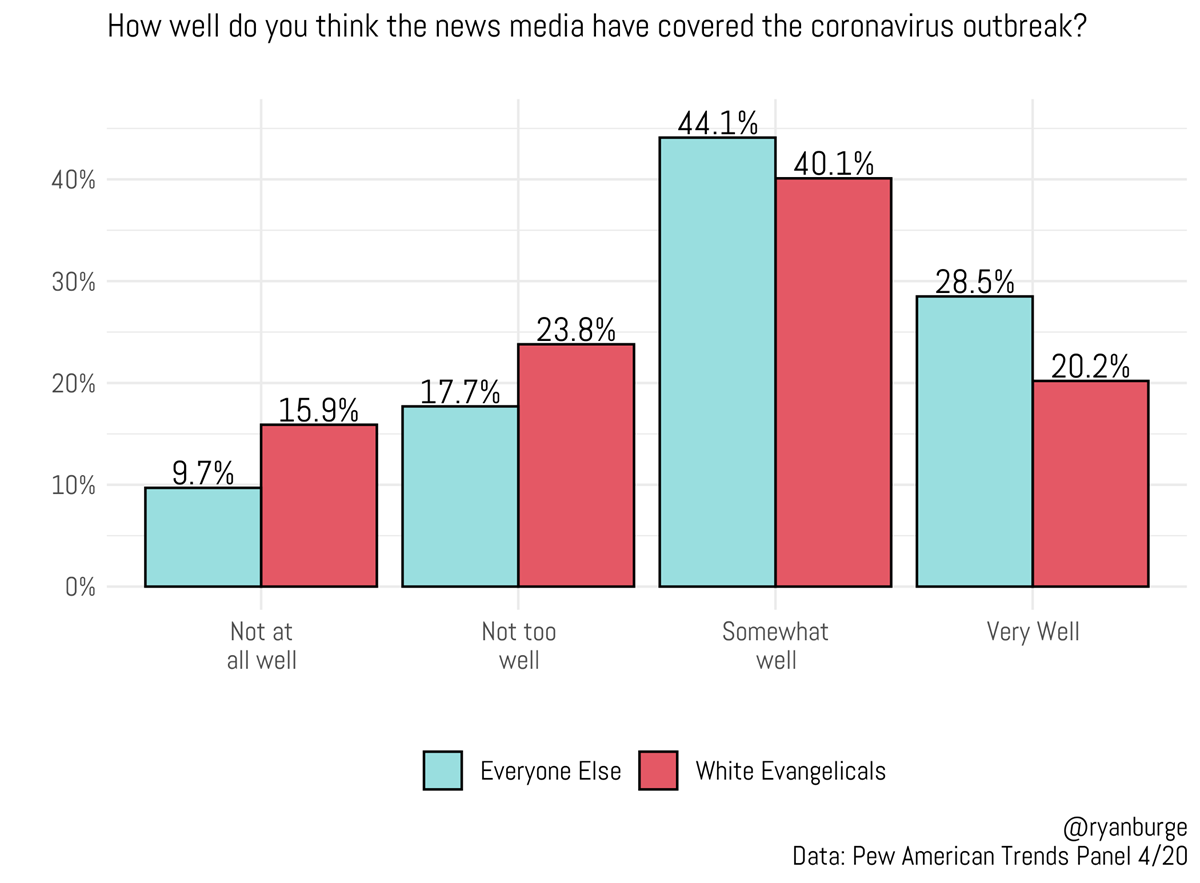 Overall, white evangelicals were more likely to believe that the severity of the COVID-19 threat had been exaggerated by a range of sources. 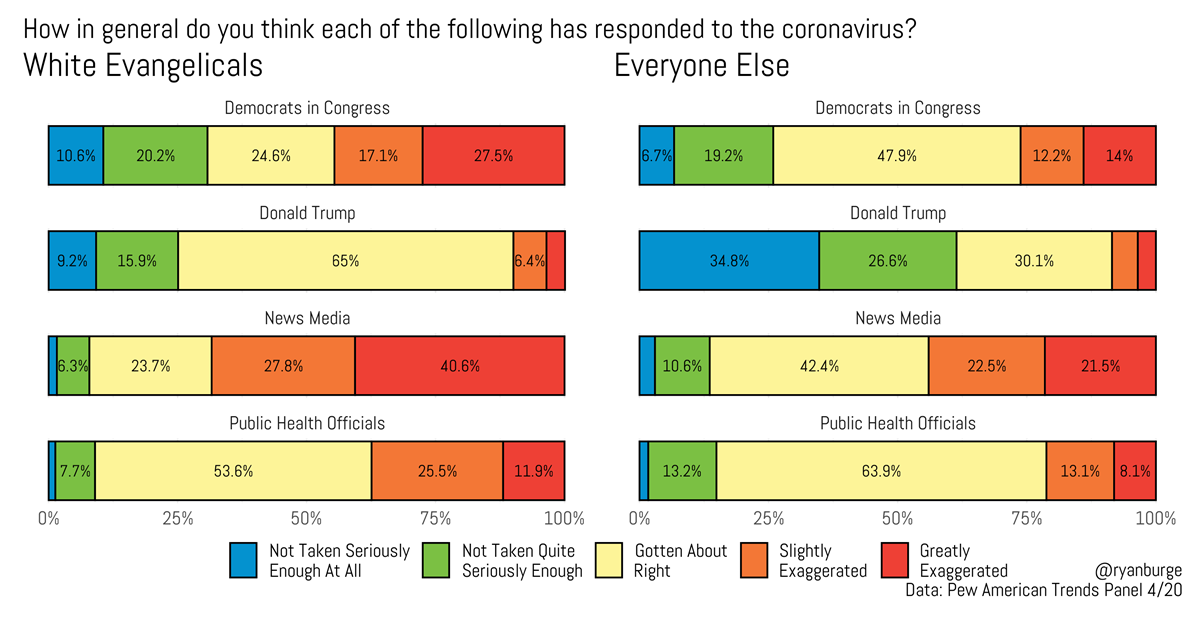 Around two-thirds of white evangelicals said the news media had greatly or slightly exaggerated the risks posed by COVID-19. Just under half (44.5%) said the same of Democrats in Congress.

Almost two thirds of white evangelicals, though, believe that President Donald Trump’s response to the coronavirus has been “about right.” They are more confident in the president’s response than in any other group’s, including public health officials like those with the Centers for Disease Control and Prevention. Just 3 in 10 respondents who were not white evangelicals think that the president’s response was “about right.”

In comparison, the group that the general public thinks has “gotten it about right” is public health officials, with nearly two-thirds (63.9%) approving of their messaging. Non-evangelicals were almost twice as likely to say that the media had covered the outbreak properly (42.4%) compared to white evangelicals (23.7%).