No Joyful Noise as German Churches Reopen Without Singing 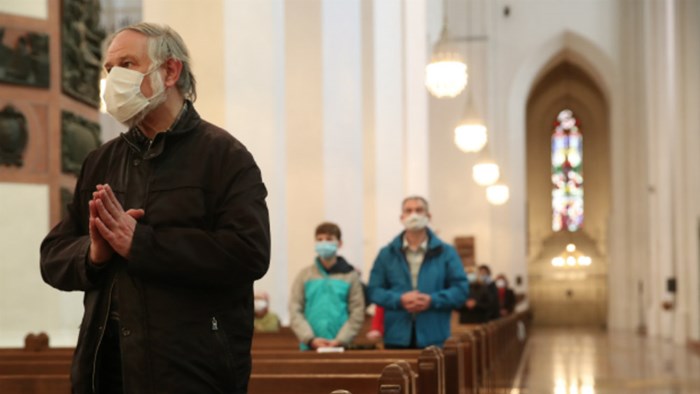 Franziska König always enjoys getting a note from her pastor. Even so, she never expected to get one like she did last week.

“The message started out normally, asking me how I am doing,” König said, “how I am fairing in these terrible times and so on.”

Then, her pastor told her that their small evangelical church in Berlin was going to reopen after being closed for weeks due to the COVID-19 pandemic. That was good news.

“But it was weird when he said I would have to make ‘reservations’ for my family to have a spot on Sunday,” said König. “That’s certainly never happened before.”

König and her congregation are not alone in navigating a “new normal” for worship gatherings as lockdown limits ease across Germany.

While Germany’s federal government makes plans for tracing infection chains and reopening public facilities, churches across Germany are developing their own plans for how to restart worship with new regulations such as compulsory face masks, prohibition of physical contact, and restrictions on congregational singing.

Questions about singing, more than anything else, has caused consternation among evangelicals in Germany. Perhaps this comes as no surprise. It was the German reformer Martin Luther, after all, who said that “next to the Word of God, music deserves the highest praise.”

However, Lothar Wieler, the head of Germany’s top health research organization—the Robert Koch Institute (RKI)—strongly advised against communal singing of any kind while there are still fears about the spread of the coronavirus. Wieler explained in the official biweekly COVID-19 press conference that “evidence shows that during singing, the virus drops appear to fly particularly far.”

News reports say that 59 of 78 singers in Berlin’s Protestant cathedral got sick after a choir performance. Farther away, 45 out of 60 members of a Washington state choir contracted COVID-19 and two died, despite taking some precautions during a practice session.

Indeed, experts warn that singing is a “super-spreader.” A 2019 report published in the scientific journal Nature said that particle emission is correlated with the amplitude of vocalization—or loudness—so singing releases more particles than other types of speech or breathing. It even spreads the virus more than coughing.

Some Christians found the new restriction depressing. Philipp Busch, a pastor in a small town in the northernmost district of Germany, isn’t sure it is worth starting worship again with such constraints in place. “Worship with a mask is bad for breathing,” he said, “and without singing [it] is pointless anyway.”

Most churches are finding ways to follow and enforce the regulations. The official German Protestant church is planning services without singing or wind instruments, and the Catholic German Bishops’ Conference has recommended “quiet singing.”

The freikirche, or independent churches, including the congregations associated with the Evangelische Allianz, are being especially cautious. Many evangelicals think singing is too dangerous, and they don’t want to be too quick to reopen, either.

Fabian Glauber, who sometimes worships at Hillsong Berlin, said, “rushing to open the church could be a huge mistake.” Glauber praised the church leaders at Hillsong for their caution.

“Christianity is about life, not risking death for the sake of spirituality,” he said.

In a prerecorded online sermon from May 3 as part of its digital “Sunday experience,” Hillsong Berlin’s lead pastor, Mark Wilkinson, emphasized physical and mental well-being above all else—even gathering for worship.

His church was used to many group activities, such as “celebrating together, getting together on Sundays, taking Communion together, serving together,” Wilkinson said. But, at least for now, Hillsong Berlin’s worship services and other activities remain online through May.