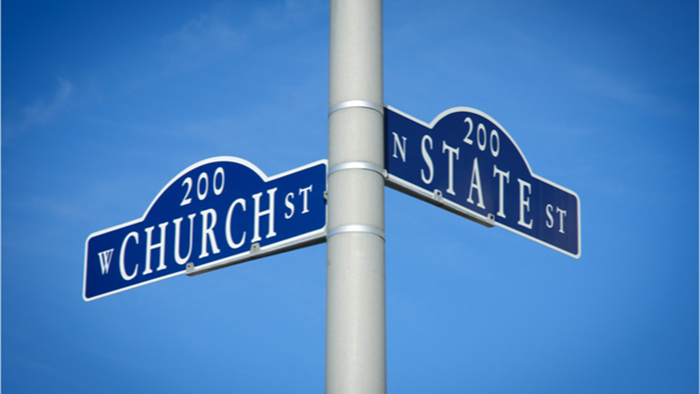 Governors are leading the conversation about opening up now— and that’s led to mixed responses depending on the state.

In our divided time, one governor’s response is considered reasoned by one news network and reckless by another. Fox News has repeatedly praised Governors Abbott of Texas and Kemp of Georgia, while CNN has valorized Governor Cuomo of New York and Governor Pritzker of Illinois.

I live and serve in Illinois, where Governor Pritzker announced on May 5 the Restore Illinois plan, dividing the state into four geographical regions. Each region must go through these five phases based on certain markers in order to be reopened completely:

While there are already questions about how the plan will impact businesses, my concern here is its impact on churches. Under this plan, no gatherings over 50 will be allowed until Phase 5, which will likely be many months or a year or more. I believe this fails to acknowledge how churches function, and (unlike how businesses are being treated) does not show the kind of partnership and communication we need right now.

It is important to note that Illinois is the outlier, both in its timetable and its lack of communication. Other states have similar, though not quite the same, struggles. (Note, Pritzker may have had some conversation with the Catholic church.)

On the other hand, some states are partnering with their churches, using percent capacity and other means to talk about an opening timetable. While no state is responding perfectly and each has unique challenges in fighting the virus, this model of partnership between churches and government officials needs to be.

Circling back to my recent Religion News Service article, I want to outline in more detail why Illinois needs to engage its churches and work on a better plan that reflects the reality of church.

Let me again be clear: I do not believe Illinois needs to open now or soon. I do believe that governors need to work with and better understand the plans churches can make– now or soon.

Times and Spaces Rather Than a Fixed Number

We need to move forward with caution and care, particularly as this has impacted our communicates of color disproportionately. In my article, I mentioned two pastors who have similar concerns and would love to work with the governor (and, I should add, they want to also work with the mayor of Chicago).

James Meeks is a key leader in the African American community and Wilfredo de Jesus in the Latino community. Pastor Meeks shared with me this morning:

Nobody loves our church members like we do. We are capable of developing plans that protect our members. We’d like to share with the governor what our plans are– our social distancing may be better than most places. We are not going to put our mothers, brothers, and others in harm’s way.

Recognizing the spirit in which Pastor Meeks was writing, Governor Pritzker’s recent comments show a focus on group size, not spacing and mitigation, and represents the wrong approach for churches.

As I wrote about this plan:

It will not only hurt churches’ ability to survive this crisis but could also exacerbate the mental health struggles beginning to take hold across the country. Pastors are impatient to engage the increased suffering of people in the churches and in their communities. That work often involves meeting with people in person.

For Christian leaders who want to wait, it is becoming increasingly difficult to persuade them to hold tight and remain distant from those who need their help— particularly with what appears to be no communication and little understanding of how churches function.

The example I gave was Moody Church– an outlier itself, but an easy illustration of the point. Limiting the group to 50 people in a room that seats almost 4000 makes little sense.

Many churches are more than capable of adding service times and creating safe spaces for worship. Typically, the space between pews means that skipping every other row creates a six-foot space. Marking off a space three seats (24″) apart on the rows to be used will allow the spacing in terms of width, with the exception of families who can sit together.

These are not demands, but rather ideas aimed at generating discussion. But, we need to have that discussion in IL, CA, and beyond.

Keep in mind, I was among the first to argue in a national publication (March 12 in RNS as well, and before President Trump acted to shut down the country for 15 days) that we should consider not meeting when it was still a controversial question, writing,

God will bring us back together, stronger and more on mission than ever…Listen to your health department. See what your local schools do. Consider the age of your congregation. And then, decide accordingly…We love gathering in person — with feet and faces — but for now, we may best love our neighbor by gathering via electrons and avatars.

Even as some media outlets have focused on fringe churches resisting lockdowns in late March and April, the overwhelming majority of pastors have been quick to listen to medical experts. But after two months it is time to at least have a discussion about how churches can make the social distancing limitations work in a way that meets the needs of our communities.

Not tomorrow. Not next week. But not wait without end.