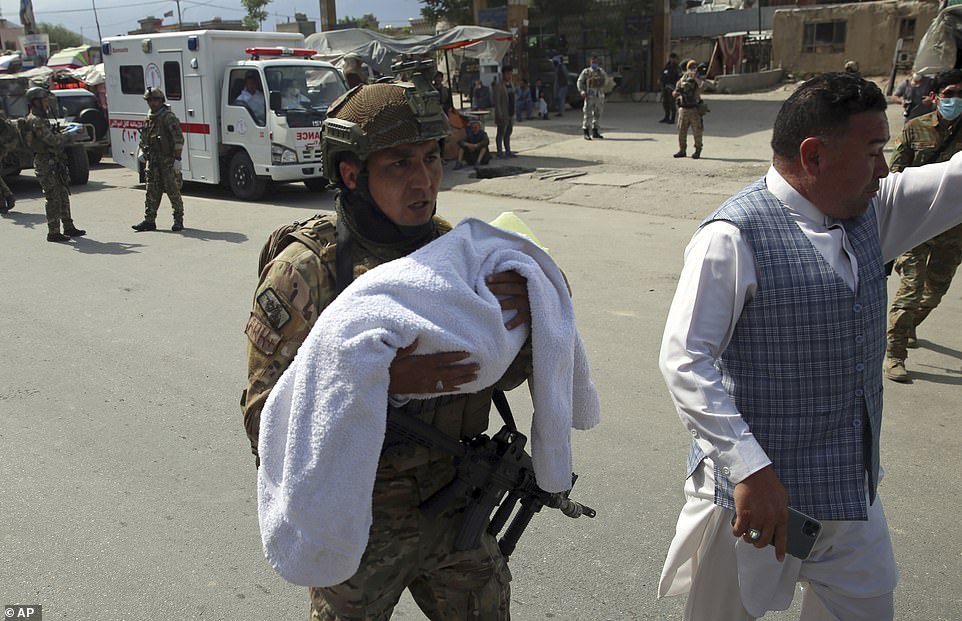 Two newborn babies have been killed along with at least 12 mothers and nurses after gunmen stormed a maternity hospital in the Afghan capital of Kabul.

Three gunmen entered the building dressed as police officers before throwing grenades and opening fire with rifles, leaving 15 including men, women and children injured. The attackers were later shot dead.

ISIS – which also carried out a series of attacks in the Afghan capital on Monday – is suspected of being behind the attack, though has yet to claim responsibility.

The Taliban, which is due to enter into peace talks soon having signed an agreement with US forces in February, has denied involvement.

Meanwhile in the eastern state of Nangarhar a suicide bomber targeted the funeral of a famed pro-government warlord, killing 24 people and wounding 68.

No group immediately claimed responsibility for that attack, but the area is a hotbed of ISIS activity. The Taliban again denied involvement.

A third attack then struck Khost province after a bomb planted under a cart in a market killed a child and wounded 10 more. No group claimed responsibility.

However, ISIS did lay claim to a series of attacks across Kabul on Monday which wounded four civilians, including a child.

The near-daily attacks in Afghanistan are threatening to undermine a peace process which was due to begin after the US and Taliban signed a deal to end America’s longest-running conflict in February.

The attacks have also left Afghan authorities ill-prepared to face the onset of the coronavirus pandemic.

More than 4,900 cases of the virus have been detected in Afghanistan so far, while at least 127 have died from it.