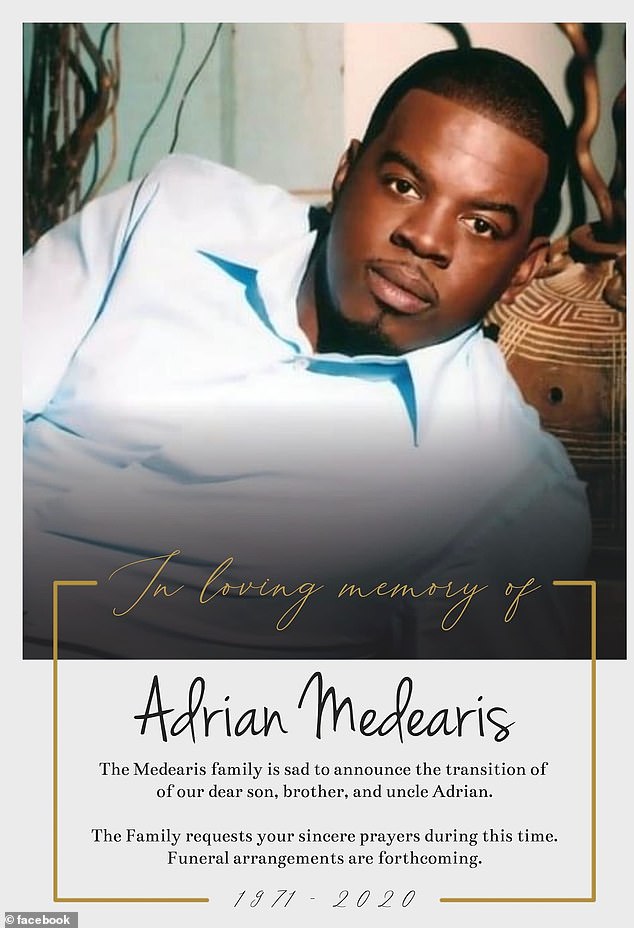 A Houston choir director and gospel singer was fatally shot by a police officer during a traffic stop on Friday, prompting fury from the man’s family who has demanded that the department release footage of the killing.

Adrian Medearis, 48, who was black, was shot during an alleged scuffle with a police officer who stopped him on suspicion of drunken driving early Friday.

Houston Police Chief Art Acevedo said Monday afternoon that he would not release the video until he could meet with the family and personally show it to them.

Acevedo also stressed that the county was a ‘unique community’ that had its ‘own values and expectations,’ which meant that if the officer was indicted, the case could go to a county where jurors had a ‘different mindset.’

When asked during the press conference if he had reached out to Medearis’ family prior to announcing his killing, Acevedo shared that he had left them a ‘message.’

The Houston Police Department said in a statement that Medearis was pulled over while speeding. An officer – identified as J. Ramos – conducted a field sobriety test. Ramos has been with the department for seven years.

The officer then tried to arrest Medearis on suspicion of driving while intoxicated, according to the police statement. During the conference, Acevedo claimed Medearis admitted to drinking one mimosa.

Medearis allegedly resisted and grabbed the officer’s Taser, and the policeman then fired four times, including two rounds that struck and killed the suspect, Acevedo told a press conference on Monday.

No other officers were involved and there were no known witnesses, police said.

Acevedo said the officer’s body camera was knocked off during the alleged struggle with Medearis, but footage from other cameras captured the incident.

Acevedo said that before the scuffle, Medearis complained to the officer about the shooting of Ahmaud Arbery, a black man who was shot and killed by a white father and son while jogging in Brunswick, Georgia, on Feb. 23.

The struggle between the officer and Medearis took about 2- 1/2 minutes, Acevedo said. At one point the officer had Medearis pinned to the ground. But when he let go with one hand to call for backup, Medearis flipped the officer over and the fight continued.

‘What’s sad about this is that by all accounts what occurred is conduct that is not consistent with who Mr. Medearis is,’ Acevedo said.

Family members of the choir director slammed the department on social media, however, horrified by the lack of communication they have received pertaining to the killing.

‘It is disappointing and absurd that Chief Acevedo would call a public press conference before speaking with the family of Adrian Medearis,’ said the man’s brother, Audrick Medearis, in a Monday statement.