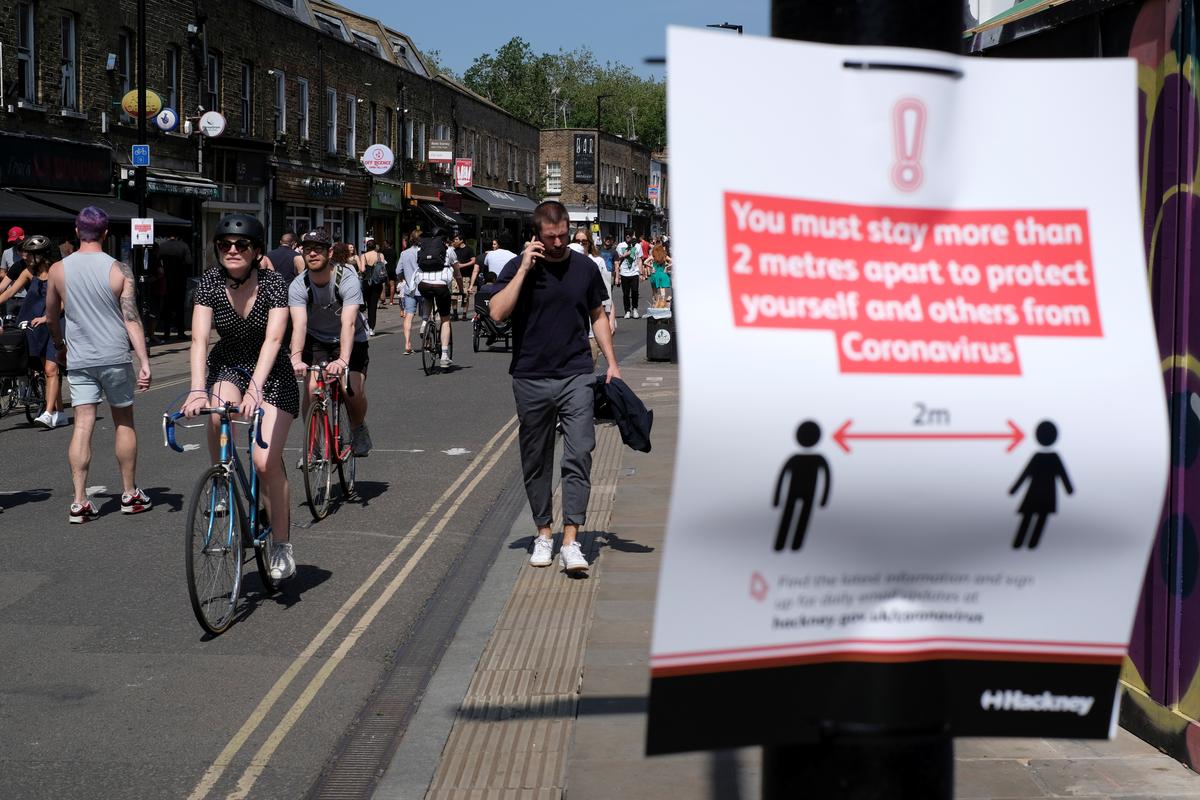 LONDON (Reuters) – More commuters should consider cycling or walking when Britain’s coronavirus lockdown is eased to take the pressure off public transport capacity that is likely to drop by 90% under social distancing requirements, Transport Minister Grant Shapps said on Saturday.

He urged people to continue to work from home where possible, but said those who did have to commute to work should consider cycling or walking rather than using their cars.

The requirement for buses, trains and underground rail services to maintain social distancing rules means they will only be able to carry vastly reduced passenger numbers. But an increase in private car use to commute to work is likely to lead to roads and motorways becoming choked with traffic.

“Even with public transport reverting to a full service, once you take into account the two-metre social distancing rule, there would only be effective capacity for one in 10 passengers in many parts of our network, just a tenth of the old capacity,” said Shapps.

He noted that in some parts of Britain there had been a 70% rise in the number of people using bikes during the pandemic.

“Whilst it’s crucial that we stay at home, when the country does get back to work we need to ask those people to carry on walking and cycling and for them to be joined by many others as well,” he said.

Shapps said local councils will be required to reallocate road space for significantly-increased numbers of cyclists and pedestrians.

He said pop-up bike lanes with protected space for cycling, wider pavements, safer junctions, and cycle and bus-only corridors will be created within weeks, while E-scooter trials will be brought forward, with the potential for rental vehicles on UK roads as early as June.

Prime Minister Boris Johnson is expected to announce on Sunday the next phase of Britain’s battle to tackle the health crisis, following a review by ministers of lockdown measures that have all but shut the economy and kept tens of millions of people at home for nearly seven weeks.