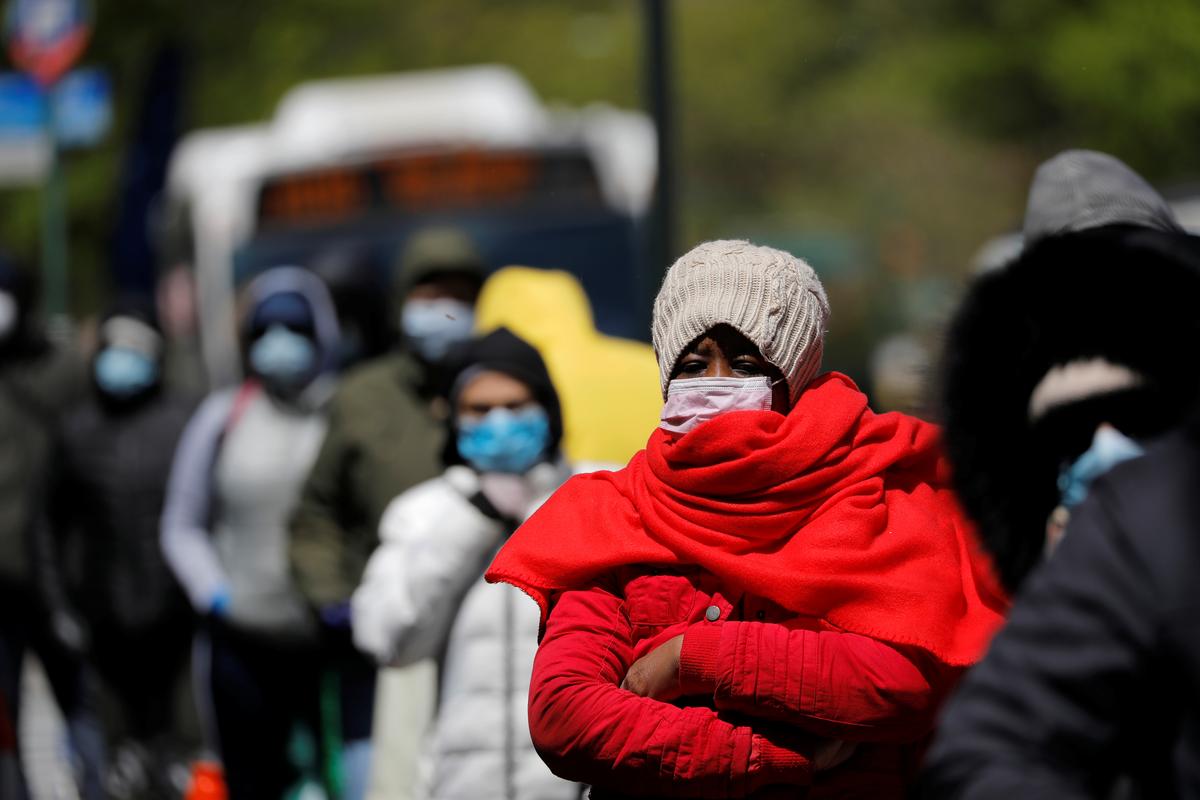 (Reuters) – Three children in New York have died from a rare inflammatory syndrome believed to be linked to the novel coronavirus, Governor Andrew Cuomo said on Saturday, a development that may augur a pandemic risk for the very young.

Both Cuomo and his counterpart in the neighboring state of New Jersey also spoke on Saturday about the pandemic’s growing toll on mental health, another factor on the minds of governors as they weigh the impact of mounting job losses against health risks in moving to loosen restrictions on daily life.

Nearly all of the 50 U.S. states will have taken steps to relax lockdown measures by this weekend, including states like Arizona and Mississippi, which are reporting increasing infections of COVID-19, the disease caused by the virus, highlighting the risk of a new wave of outbreaks.

Cuomo told a daily briefing that he was increasingly worried about a syndrome that shares symptoms with toxic shock and Kawasaki disease, which he said included inflammation of the blood vessels and potentially fatal damage to the heart.

He said three children – including a five-year old disclosed on Friday – have died from such symptoms while also testing positive for COVID-19 or related antibodies, suggesting a link that was still not fully understood.

Cuomo, who has emerged as a leading national voice on states’ response to the coronavirus crisis, said state health officials were reviewing 73 similar cases, which have rattled a prior assumption that children were largely not susceptible to the novel coronavirus.

“We are not so sure that is the fact anymore. Toddler, elementary school children are presenting symptoms similar to Kawasaki disease or toxic shock-like syndrome,” Cuomo said. “It’s very possible that this has been going on for several weeks and it hasn’t been diagnosed as related to COVID.”

Cuomo said state health officials had partnered with the New York Genome Center and the Rockefeller University to look at whether there is a genetic basis for the syndrome and have been asked by the federal Centers for Disease Control and Prevention to develop national criteria for identifying and treating cases.

The syndrome shares symptoms with toxic shock and Kawasaki disease, which is associated with fever, skin rashes, swelling of the glands, and in severe cases, inflammation of arteries of the heart. Scientists are still trying to determine whether the syndrome is linked with the new coronavirus because not all children with it have tested positive for the virus.

At a separate briefing, New Jersey Governor Phil Murphy said the death of a four-year old disclosed on Friday was not related to the syndrome. “This is a very specific situation with this blessed little kid and we are going to leave it at that.”

‘TOXIC MIX’
New York and New Jersey are at the epicenter of the pandemic in the United States, accounting for nearly half of the 77,737 American deaths from COVID-19, according to a Reuters tally, and the two states have among the strictest lockdown rules still in place.

They are also at the center of a devastating economic toll underscored in government data released on Friday showing the U.S. unemployment rate rose to 14.7% last month, up from 3.5% in February and shattering the post-World War Two record of 10.8% set in November 1982.

Cuomo said his state has seen increasing reports of mental health issues, substance abuse and domestic violence, all tied to the economic stress and isolation of the lockdowns.

On Friday a study released by the Well Being Trust and the American Academy of Family Physicians estimated an additional 75,000 people could lose their lives to suicide, drugs and other contributors to “deaths of despair” stemming from the crisis.

“The cure for the health crisis is keeping people isolated,” Murphy told his briefing. “You add to that job loss, small businesses that have been crushed. It’s a toxic mix.”

Cuomo said 226 New Yorkers died from COVID-19 on Friday, up from 216 a day earlier, but less than half the levels recorded two weeks ago. He said hospitalizations and intubations continued their downward trend, further evidence the state has gained a measure of control over the virus.

On a positive note, Murphy said the number of people hospitalized for the disease continued to fall, with the 422 patients discharged over the past 24 hours outpacing the 364 newly admitted for treatment.

Yet Murphy warned against complacency and said his constituents should continue to practice social distancing.

“We are not out of the woods, folks. Let’s not forget that,” he said.