Charles Billingsley, a singer/songwriter at Thomas Road Baptist Church in Lynchburg, Virginia, is used to performing worship songs for others. Once the lead vocalist of the worship group NewSong, he has produced 23 solo recordings and led worship at events such as Women of Joy and Gridiron Men’s Conference.

But as he lay in a hospital bed struggling with COVID-19 on Good Friday (April 10) — the release date of his new album, “I Was Made For This” — Billingsley discovered how much listening to that music could help him.

Billingsley, now a teaching pastor and worship leader at the megachurch, arrived in Lynchburg in 2002, when the Rev. Jerry Falwell Sr. was senior pastor and chancellor of Liberty University. The church is now led by Falwell’s son Jonathan, while Jonathan’s older brother, Jerry Falwell Jr., heads Liberty.

The 50-year-old tenor, who describes himself as “a Christian who happens to go to a Baptist church,” talked to Religion News Service on Thursday (April 30) about surviving COVID-19, what he thinks of Liberty University’s coronavirus response, and the role of worship music in difficult times.

After a weeks-long bout of COVID-19, how are you feeling now?

Oh, I’m light-years beyond what I was. I’ve been COVID-free now for nine days, and I’m just feeling way, way better.

Have you been able to sing?

No, I couldn’t sing for a while because this thing gives you double pneumonia. And so for several weeks there, every time I’d try to sing, I would cough. And yet this week I’ve had a lot of improvement. I still am doing a lot of coughing, but I even recorded a few songs for a few churches yesterday online. It wasn’t stellar, but it’s getting much, much better. 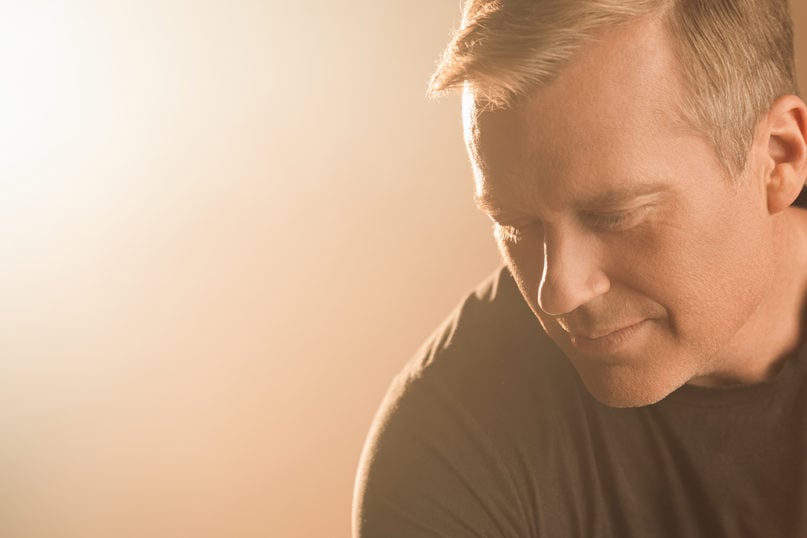 You were diagnosed in early April. What was your reaction to that news?

I’d kind of laughed it off, honestly, because most of the cases are fairly minor and not real dangerous, but man, after 10 days of 103-degree temperature, I got just aches and pains and horrible headaches. I was getting pretty sick of this thing. And, unfortunately, this virus, if it latches on like it did to me, it can go a long time, and after 10 days it moved its way into my lungs, and that’s when things got pretty serious.

Were you ever fearful you would lose your life?

I was never fearful because my oxygen levels stayed high enough to where I never had to go on a ventilator. And I was there mainly for precautionary reasons. They were worried that if I wasn’t near the hospital and I took a nosedive that I wouldn’t make it back. And my blood work was so horrible, my doctor told me if I wasn’t in decent shape, that I’d be dead. Because of that, it was necessary for me to be there and to stay there a while. But I never was fearful. I always felt like the Lord was going to take care (of me).

You tested negative less than two weeks ago. What has the recovery process been like?

The hardest part for me was what we believe were blood clots in my capillaries in my legs. Both of my legs had severe pain for about six days. So it was that, coupled with still dealing with this double pneumonia. I still do a lot of coughing, but you know, things are loosening up, and my legs don’t hurt near as bad, and every day is just getting much, much better.