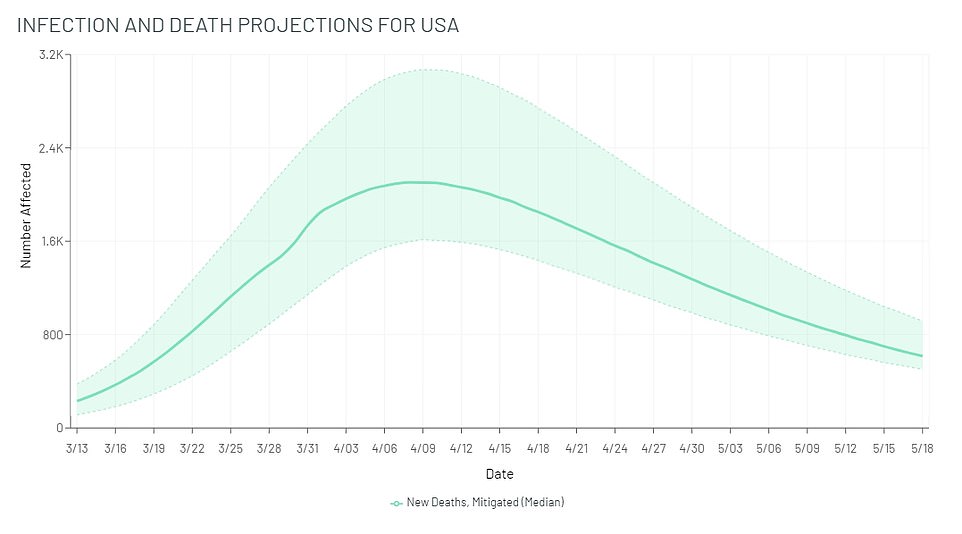 A top coronavirus model is predicting that 100,000 Americans will have died from COVID-19 by the end of the summer – as the US death toll surpasses President Donald Trump’s best case scenario of 60,000 deaths.

The MOBS model from the Network Science Institute at Northeastern University also estimates that there will be about 89,000 deaths by mid-May if stay-at-home orders remain in place.

That death toll would increase to over one million in an unmitigated scenario, according to the projections that are among those used by the CDC to forecast the pandemic.

The director of the institute responsible for the MOBS model, Alessandro Vespignani, is estimating that 100,000 will die by the end of the ‘first wave’ at the end of summer.

As of Wednesday, the US death toll is now at 61,000 and there are more than one million infections across the country.

Trump, in recent weeks, had suggested that 60,000 might be the total death count from COVID-19. He had cited the estimate as a sign of relative success after the White House previously warned the US could suffer 100,000 to 240,000 deaths.