As Country Begins to Open, Italian Bishops Argue Against Continued Ban on Masses

VATICAN CITY (RNS) — After nearly 50 days of a nation-wide lockdown to prevent the spread of COVID-19, the Italian government is beginning to outline “Phase Two,” which will allow the opening of some businesses and freedom of movement for currently home-bound citizens — but which will not allow Masses.

The leading coalition in Italy has decided that starting May 4, citizens will be able to leave the house freely without documentation and hold small wedding and funerals. Restaurants and other shops will open at half-capacity in mid-May; nothing has yet been said about gyms, cinemas and parks.

But what emerged from the consultation between governments and private entities is that religious gatherings and Masses will remain forbidden, at least for the time being.

The Italian prime minister, Giuseppe Conte, told reporters in a press conference on Sunday (April 26) that this was the result of “rigidity” within the scientific and technical committee charged with preventing the spread of the pandemic.

The news came as a blow for Italian Catholic bishops, who had consulted with the government for weeks to ensure that their religious freedom be respected as soon as the virus was under control.

“The Church has accepted, with sorrow and a sense of duty, the limitations imposed by the government to address the health emergency,” read a note by the Italian Episcopal Conference (Cei) on Sunday, but the agreement did not come without some pushback.

“The Italian bishops cannot accept to see religious freedom is compromised,” they added, reminding the Italian government and its ministers of the essential work done by clergy and the Catholic Church to help and support the poor in the country.

The bishops told the government and health committee to distinguish their responsibility for ensuring public safety from that of the Church, which is “called to organize the life of the Christian community, in respect of public measures, but with the fullness of its autonomy.” 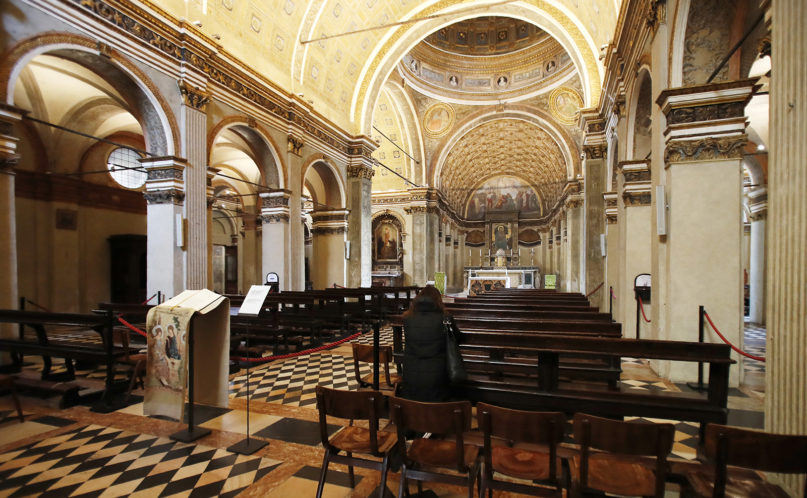 The prime minister acknowledged the bishops’ request by stating that “in the following days a protocol will be established to allow the participation of faithful in liturgical celebration as soon as possible and with the maximum security.”

Bishops in Italy have, for the most part, respected government-imposed regulations limiting church attendance. Pope Francis and the Vatican Congregation for the Doctrine of the Faith encouraged faithful to look for alternatives for living out their faith, from prayer to confession.

The head of Cei, Cardinal Gualtiero Bassetti, asked in his Sunday homily that priests be able to return to administering the sacraments soon.