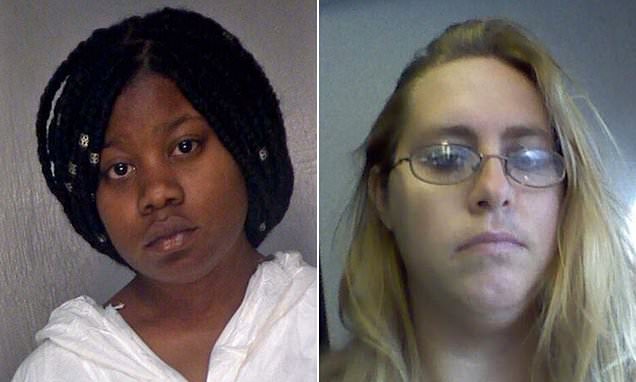 Authorities in Georgia have arrested a 19-year-old girl who was accused of shooting dead her pregnant stepmother and attacking her 11-year-old stepbrother on Sunday.

Deputies from the Bibb County Sheriff’s Office were sent to a home in the 1000 block of Radio Drive just before 6.40am and found 36-year-old Melanie Powers in bed dead from a gunshot wound to the head.

It was reported that Powers’ 11-year-old son ran from the home to get help after he was awakened by his step-sister, Passion Watkins, assaulting him and his mother.

After following up on leads, deputies tracked down Watkins sitting in a park on Pansy Avenue just before 6pm.

Following an interview with investigators, the 19-year-old was booked into the county jail on charges of malice murder, aggravated assault, cruelty to children and feticide, stemming from the death of Powers’ unborn daughter.

The victim’s son was taken to a hospital to be treated for non life-threatening injuries. He was later released into the custody of family members.

A friend of Powers with a purported knowledge of the incident described Watkins in a Facebook post as ‘the face of evil,’ saying that she murdered ‘an amazing person’ who took her into her home to save her from her abusive father, and who loved the girl as if she were her own child.