Ryan P. Burge on Why Churches Should Not Be the First to Reopen

Ryan P. Burge is an instructor of political science at Eastern Illinois University. His research appears on the site Religion in Public, and he tweets at @ryanburge.

After most of the United States has been under stay-at-home orders for the past several weeks, the governors of some key states have signaled their intention to begin reopening businesses in the coming days.

With that policy shift, churches will have the option to return to in-person worship. A new initiative by the Liberty Counsel—a Christian legal team that has defended congregations who gathered in violation of government orders—encourages churches nationwide to resume services next week, May 3, declared “ReOpen Church Sunday.”

But religious demography indicates that, for the sake of the safety of aging congregations in particular, pastors in particular should be cautious. Their sanctuaries are ideal places for the coronavirus to spread, and the results could be catastrophic.

Older churchgoers are bound to be among the most eager to return to services. The elderly were particularly prone to social isolation and loneliness before the pandemic, and during the intervening weeks of social distancing, they were less likely to have participated in the digital options offered as an alternative to in-person fellowship.

But the elder saints who faithfully fill American pews also fall in the demographic shown to be at the greatest risk right now. While scientists still don’t know much about COVID-19, one of the most consistent findings is that the disease carries a much higher fatality rate among older adults. According to data from the Centers for Disease Control and Prevention, 91 percent of all deaths related to the virus have occurred among people 55 or older, though they make up just 29 percent of the population. 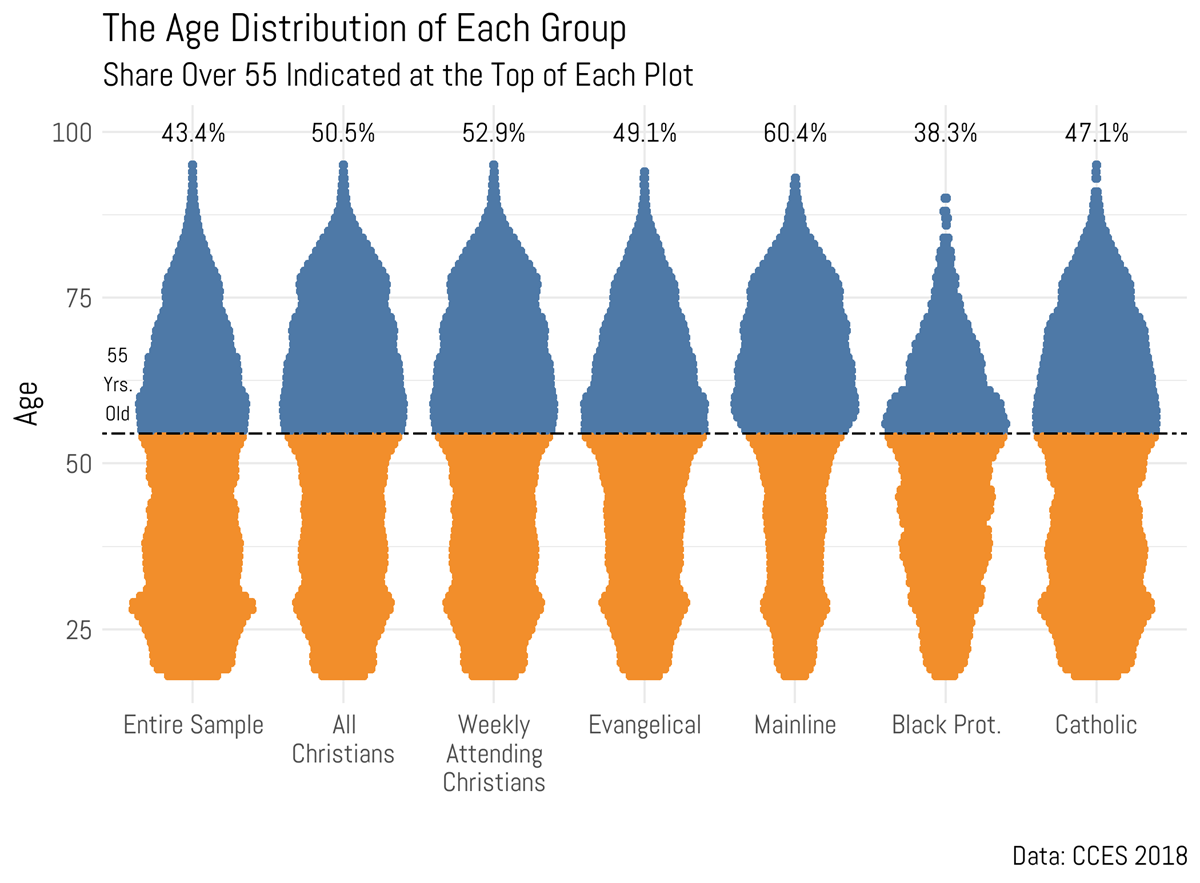 Survey data shows more than half (53%) of Christians who attend church at least weekly are 55 or older, compared to 43 percent of the population overall. Mainline traditions in particular skew older, with over 60 percent of members who are at least 55. Half of evangelicals in the US are at least 55, followed by 47.1 percent of Catholics.

Baby Boomers and members of older generations make up around half or more of every major Christian tradition in the country. Among Episcopalians, Presbyterians (PCUSA), and Lutherans (LCMS), close to two-thirds of members are 55 and over. 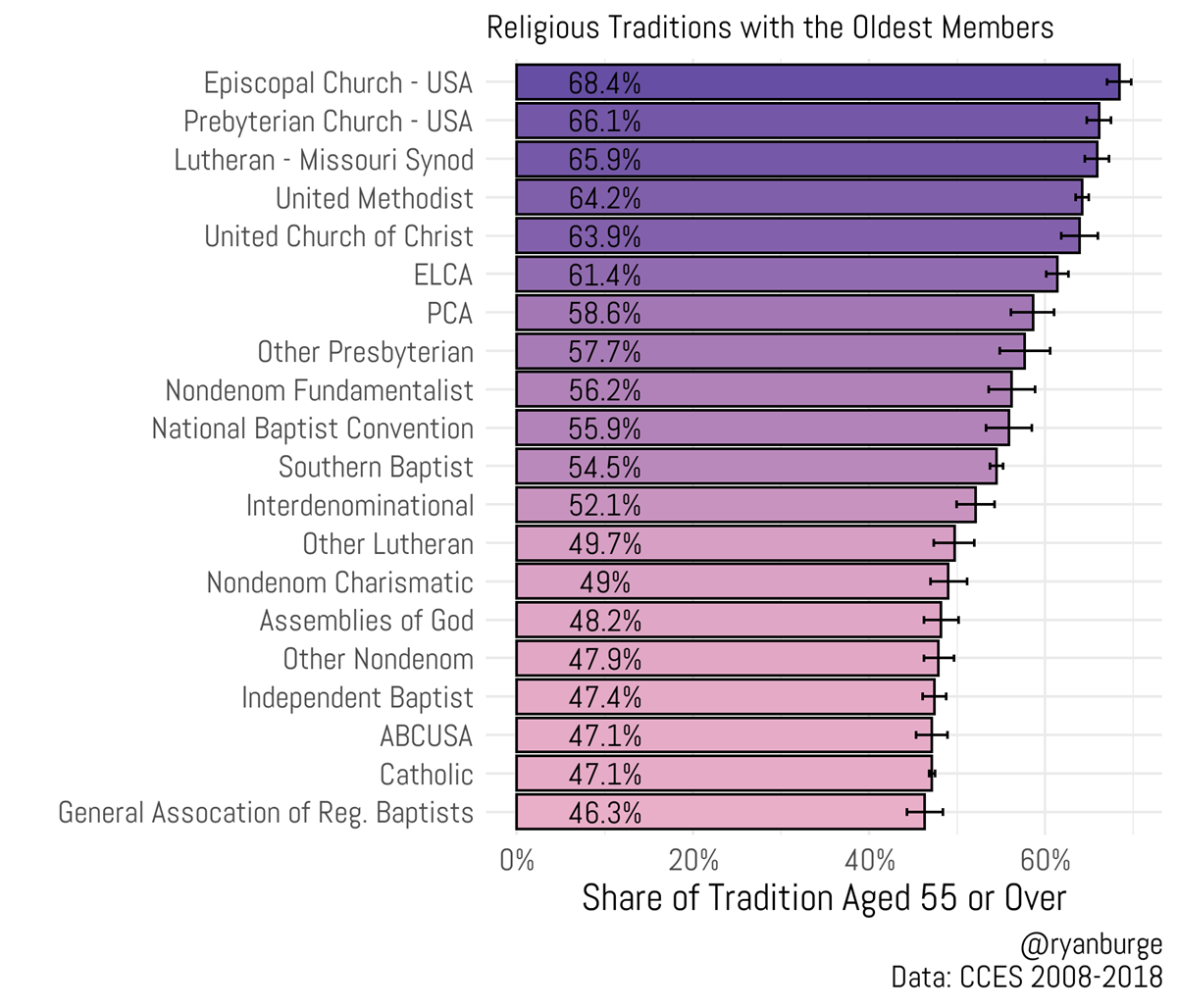 The United Methodist Church, the second-largest Protestant denomination in the US, has a worrisome share of those in the older demographic as well (64.2%). Southern Baptist Convention ranks 11th, with just over half of their congregants in the advanced age bracket.

Over the past few decades, white Christianity has aged far more rapidly than the black church and churches of other racial backgrounds.