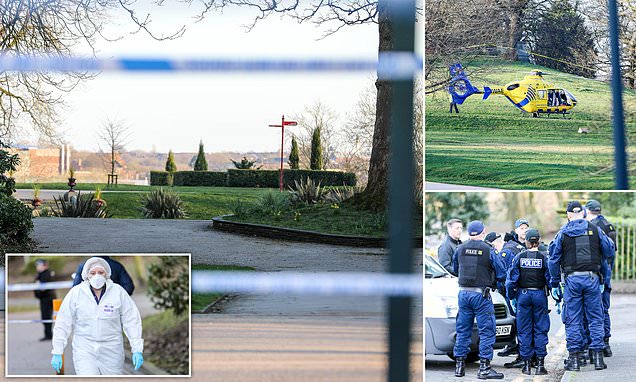 Emergency services were called to Queen’s Park in Bolton (left) at around 2.30pm this afternoon after reports a young girl had been attacked by a woman with a knife. The seven-year-old sustained ‘extremely serious injuries’ and died a short while later despite the ‘best efforts’ of her family and paramedics, Greater Manchester Police (pictured at the scene) confirmed. A woman, 30, was detained by a member of the public immediately after the attack and was arrested by police at the scene on suspicion of attempted murder and then murder.