Parts of this post are adapted from chapter 1 of Carmen’s recent book, Bearing God’s Name: Why Sinai Still Matters(IVP, 2019).

These are unprecedented times.

While it’s not unusual to go through a period of personal uncertainty, we don’t normally traverse the unknown all at the same time. The COVID-19 crisis has disrupted life for every one of us. Children are home from school. College classes have moved online. Sporting events, theater productions, concerts, even graduations are cancelled. Many are working from home. Church gatherings are prohibited. Store shelves are empty. Restaurants are closed. Visitors to elderly care homes are banned. Travel is strongly discouraged.

Each of us is trying to figure out how to get through this—one eye glued to our newsfeed and the other trying to carry on in whatever ways we can.

The Old Testament is surprisingly relevant to our current crisis. To see how, let me first teach you a new word: liminality. It’s from the Latin word limen, which means “threshold.” Imagine yourself standing in the entryway to a building, neither inside nor outside. That’s liminal space. Not to bring up a sore subject, but an airport is a liminal space. Nobody lives there. We’re all passing through on our way to somewhere else. (Well, very few of us are now, but you get the point.) 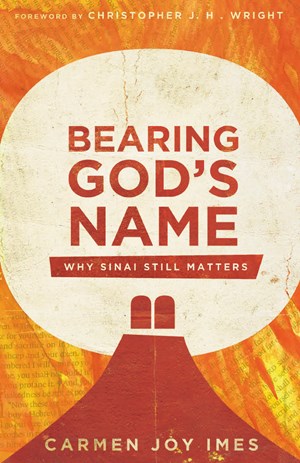 The first people to start talking about liminality were anthropologists. They used it to describe a stage in rituals that change someone’s status or identity. Sociologically speaking, a liminal space is a transitional space where a person undergoes a change in status. Every human ritual around the world includes an element of liminality, from coming-of-age rituals to funerals. A young man is sent into the wilderness to fend for himself for a set period of time, or to complete a quest. He leaves as a child and returns as a man. During his time away he occupies liminal space. The concept of liminality has proved useful beyond sociology to psychology, politics, popular culture, and religion. In a moment, we’ll explore Israel’s experience of liminality in the wilderness. But first I want us to think about the ways we experience liminality, because all of us do! (Especially now.)

When a woman becomes pregnant, she enters liminality. She is officially on the threshold of motherhood, and yet she has not yet experienced most of its aspects—nighttime feedings, diapering, discipline, pushing a stroller, singing the ABCs. She is in between. Liminality is usually temporary, but it can be prolonged. My first pregnancy ended in miscarriage. Part of my grief was because I found myself in the strange position of having been pregnant, but lacking a child to hold. Mother’s Day that year was especially awkward and painful. Was I a mother? Or wasn’t I? I didn’t really belong in either category. My status and role were suspended.

Few people actually enjoy liminality. We have an inborn desire to seek order and belonging and predictability. Just a few months after that awkward Mother’s Day I became pregnant again and happily left that liminal state behind. My grief largely dissolved when the ambiguity of my status was resolved. Others are not so fortunate. Infertility is an especially painful form of liminality. It would be easier for couples to move on if they knew they would never bear children, but the sense of being in limbo often stretches over years.

Immigrants and refugees sometimes spend long years in a liminal state—lacking papers to legally work or even stay in their host country, always feeling like an outsider, and never knowing if they should put down roots or start packing.

Right now, just about all of us are experiencing liminality. Our schedules are in limbo. Our roles have shifted. Our routines disrupted. We’re not sure what’s next. Nobody planned for this. And nobody knows for sure when it will end. That’s the hardest part of all—the not knowing.

For Israel, the wilderness journey from Egypt to Canaan is liminal space. Far more than just a place to pass through, it is the workshop of Israel’s becoming. The wilderness is their temporary destination that makes them who they are. Liminal places always do this. They change us.