A couple of weeks ago, Religion Communication Congress executive Shirley Struchen thought plans were set for the once-a-decade conference she had helped organize, just as she had two times before.

Some 250 people had registered for the meeting to be held next week (March 17-21) at an Arlington, Virginia, hotel. But that number started to drop noticeably on Monday, especially from those who had planned to fly from regions where coronavirus cases had been reported or who had immune system concerns. Then, plenary and workshop leaders started to expand her list of no-gos.

“We started to get cancellations Monday as more and more news went out,” said Struchen, also the retiring executive director of the Religion Communicators Council, which works with more than 100 cooperating organizations to put on the congress. “They were all factual reasons, not just fear.”

With reports of cases throughout the Washington metropolitan area and the pandemic declaration by the World Health Organization, “there was no question anymore,” so Struchen and other congress planners decided Wednesday (March 11) that they had to cancel their event. 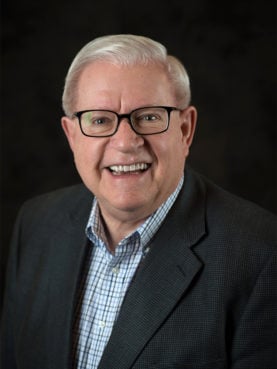 “I do think that they made the decision out of an abundance of prudence appropriately,” said Schmidt, whose association includes several hundred faith-based planners of more than 8,000 meetings a year.

He added that his organization had just learned that the Society for Pentecostal Studies had canceled its meeting scheduled for March 19-21 in California.

“I think you’ll see an uptick of that,” Schmidt predicted. “And we again would affirm their appropriate monitoring the situation to make certain that their members aren’t exposed and/or possibly exposing others in this critical time.”

Other religious groups are canceling, monitoring or, in at least one case, defiantly stating a determination to go on with their plans.

On Tuesday, the African Methodist Episcopal Zion Connectional Lay Council canceled its quadrennial convocation that was to be attended by close to 500 registrants at a church in Fayetteville, North Carolina. The Rev. George McKain, spokesman for the denomination, said the plans were changed because of state of emergency declarations there that recommended groups of older adults should not gather.

He said there is currently no change of plans for the every-four-year AMEZ General Conference scheduled for July in Atlanta.

The Executive Committee of the Southern Baptist Convention, which is set to hold its June annual meeting in Orlando, Florida, said its monitoring of the situation continues.

“As the Annual Meeting organizer, we are committed to ensuring a safe and responsible gathering,” the committee said in a statement. “The health and safety of messengers and attendees are our highest priority.”

Associated Church Press, which was to hold its annual meeting jointly at the Religion Communication Congress, announced it was canceling too, but plans to hold portions of its gathering virtually. The RCC, likewise, is determining if it can hold part of its meeting online. The United Methodist Association of Communicators, which was going to meet in conjunction with RCC, canceled its plans on Monday. Church leaders celebrate the commissioning of new missionaries May 19 at the 2016 United Methodist General Conference in Portland, Ore. From left are: the Rev. Mande Muyombo, Thomas Kemper of the denomination’s Board of Global Ministries and Bishops Hee-Soo Jung and Hope Morgan Ward. Photo by Mike DuBose courtesy of UMNS

“We will be developing health and wellness related protocols for the meeting site, including promoting preventive measures that attendees can take such as hand hygiene and respiratory etiquette,” said Kim Simpson, chair of the Commission on the General Conference.

Other groups are also moving ahead.

The Evangelical Press Association is set to meet in Colorado Springs, Colorado, in April.

“Attendees continue to register daily,” said Lamar Keener, EPA’s executive director. “Our convention hotel has assured us they are putting extra hygienic practices and resources in place to protect the health of all their guests.”

John Thomas III, editor of The Christian Recorder, a publication of the African Methodist Episcopal Church, said his denomination’s General Conference remains scheduled for July in Orlando “but contingencies are being evaluated if the situation changes.”

Gabe Lyons, founder of the Q Conference, a Christian gathering that includes Protestants and Catholics, said he intends to hold the meeting planned for some 2,000 people in April in Nashville, Tennessee, though organizers are considering “what a virtual event experience could be like for our participants” and they are working with state and health officials.

“The point of the Q Conference over 14 years has been to help Christian leaders know how to navigate our cultural moment well,” he said. “And that’s why we will still move forward with a program because we think it will be more important than ever for Christians to better understand the changes taking place immediately and possibly for the coming year to know how to wisely and faithfully think well about that and work alongside their cities to advance good.” Among groups postponing are Calvin College’s Festival of Faith & Writing, which has moved from April of this year to a year later.

Empowered21, a “global Spirit-filled movement,” announced Thursday it would no longer have an in-person Jerusalem2020 Global Congress starting May 31 but would instead have an online event that would be livestreamed from Oral Roberts University in Tulsa, Oklahoma.

Another event has been promoted as “Supernatural Protection from the CoronaVirus Now.” David Herzog Ministries and The Elijah List are co-sponsoring a “Passover 2020: Decade of Awakening” event in April in Phoenix that is set to feature Pentecostal preacher Paula White as one of its speakers.

“Today many people including Believers are in fear of the corona virus among other sicknesses. But the Word of God promises us protection from these very things,” reads an announcement from The Elijah List. “Exciting News: Due to huge demand we are moving the meetings to the Phoenix Convention Center!”

Others, including those who planned to attend the Religion Communication Congress, have taken a different approach.

Struchen, the executive administrative director for the congress, said she heard “over and over and over” from registrants praising the decision after the congress sent out its email about the cancellation.

But despite that affirmation, it was a poignant turn of events as the multireligious gathering would have been her last, as she retires from her religion communications roles.

“A lot of us use these faith-based times of coming together, of greeting old friends and making new ones,” she said. “And I think that’s my biggest disappointment.”