Eugene Cho, Pastor and President of Bread for the World, Urges Christians to Stop Being Political Jerks in New Book “Thou Shalt Not Be a Jerk” 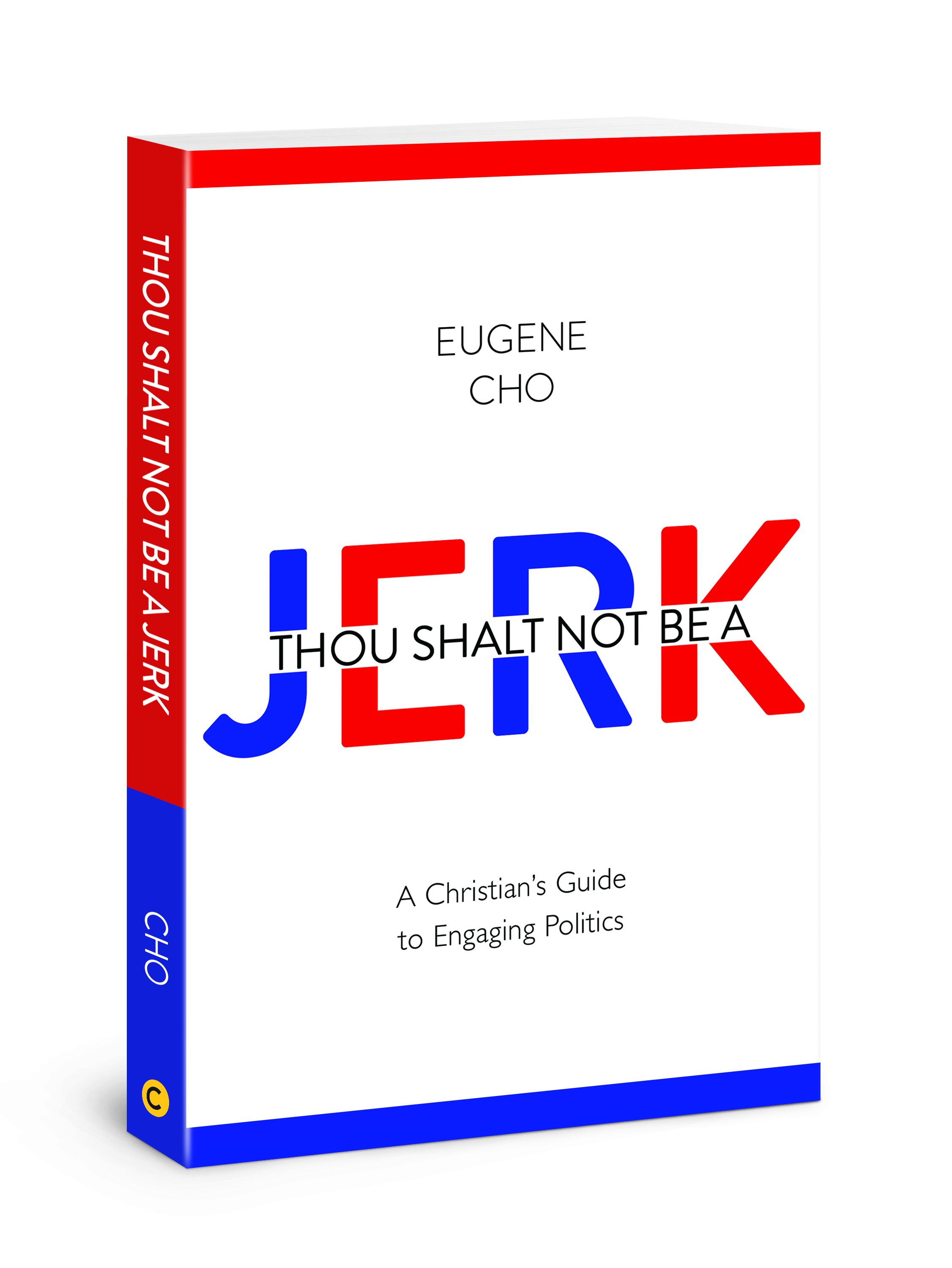 In his new book, Thou Shall Not Be a Jerk: A Christian’s Guide to Engaging Politics, Cho urges readers to stop demonizing those they disagree with and instead follow Jesus and reflect His teachings.

Cho draws on personal stories, pastoral experience, and biblical examples to encourage Christians to vote their convictions while remembering that hope already arrived in the person of Jesus Christ.

“This book is meant to encourage and exhort readers with practical things, yet remind that God is still in control,” he told The Christian Post. “That’s not a license to disengage, but we need to remember that our hope rests in the good news that Jesus is Lord and Savior, and He will accomplish what He says He will do.”

Cho founded Quest Church in Seattle in 2001 alongside his wife, Minhee, and served there for 18 years before stepping down in 2018.

Passionate about the pursuit of God’s Kingdom here on this earth, the Korean-American pastor also founded One Day’s Wages, a nonprofit organization dedicated to alleviating extreme global poverty. Last week, he was announced as the new president of Bread for the World, a leading Christian anti-hunger and poverty organization.

Read CP’s interview with Cho below.

CP: In your book, you say you felt “called” to write Thou Shalt Not Be a Jerk. However, you’ve also expressed some trepidation about it. Why is that?

EC: There’s always a little nervousness anytime you write a book, but the topic itself in today’s cultural climate seems a little more contentious. Like Paul or Jesus, you want to be mindful of the context of the world you live in. I care about people; I’m shaped by the bookends of loving God and loving people. Yet we’re called to engage politics. It’s one expression of our discipleship.

As a follower of Jesus, I’ve been burdened by this chaotic and confusing time. About 10 years ago, I gave a sermon on the Ten Commandments of how Christians ought to engage politics. The genesis of this book came out of that sermon back then. As I wrote this book, fear enveloped me. There were at least four occasions where I stopped writing it, thinking it was too difficult and messy and there would be too much pushback. But I felt the Holy Spirit prompting me to keep going and write this book as an important resource for Christians at this time.

CP: Your first chapter is titled “Thou Shalt Not Go to Bed with Political Parties.” This can be a counterintuitive idea for many Christians in particular. What are some dangers with blindly backing any one party?

EC: I’m not suggesting we can’t be behind a particular candidate or give to a party, but there’s a borderline obsession that we’re seeing today. I wrote this book for three groups: those who have disengaged with politics for whatever reason, those who are engaged in politics but have become byproducts of what I would call cultural Christianity, but also for those who are obsessed with politics and allow politics to inform their theology as opposed to the other way around.

When we allow that to take place, it feels like we’ve gone to bed with political parties, that we’ve lost a sense of discernment and loyalty. We’re so behind a political candidate or party that it becomes idolatry. I believe politics are one of the main idolatries of our time.

CP: You talk about how being a Christian means embracing tension. What do you mean by that?

EC: If we’re human, if we live in this world, on this side of Heaven, we have to acknowledge that we’re resurrection people living in a broken Good Friday world. As a result, while we believe in the truth and beauty of the Gospel, we understand that the Kingdom has not yet fully arrived. The word to describe that is tension. Oftentimes, we want a black-and-white, binary perspective of everything. To be a Christian is to acknowledge we never relinquish the hope of the Gospel and resurrection, yet we’re living in this world. We need to learn what it means to be faithful in times of conflict.

CP: How can Christians engage in politics and be informed without sliding into fear or, conversely, pride?