America Closes for Business as Congress is Warned 150 Million Will Be Infected With Coronavirus: Highways and Airports Are Deserted, DC is a Ghost Town and Millions of People Mob Stores 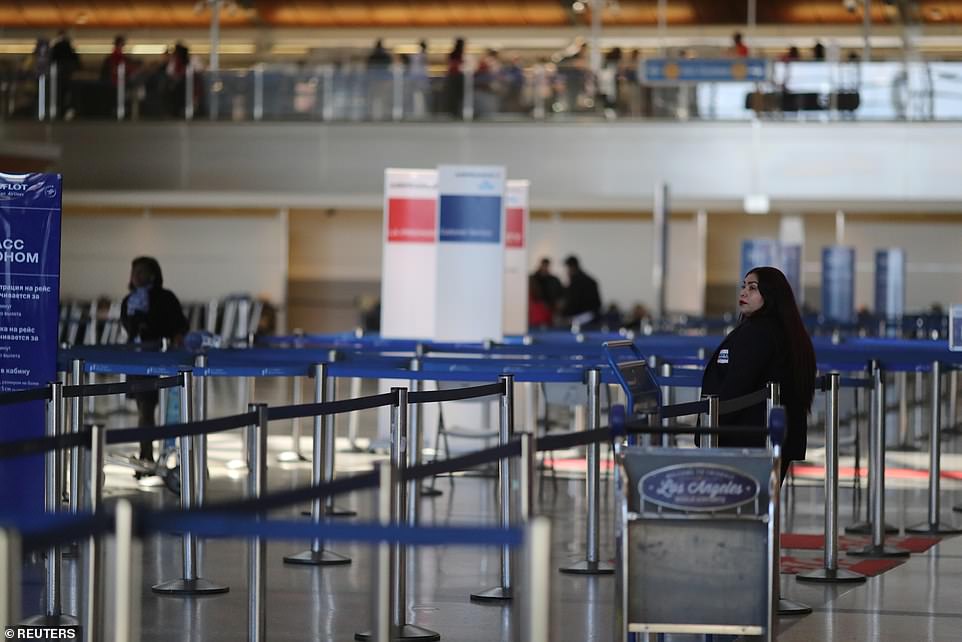 Up to 150 million Americans could be infected with the coronavirus top doctors believe, a Congresswoman confirmed Thursday as vast swathes of the country shutdown and the national outbreak grew to over 1,700 cases and 41 deaths.

Congresswoman Rashida Tlaib confirmed earlier reports that Congress’ doctor Dr. Brian Monahan has told lawmakers that he predicts between 70 to 150 million people in the United States could eventually be infected with the novel coronavirus.

The startling figures were revealed as many public spaces, airports, streets and highways became deserted of people and cars Thursday evening and panicked shoppers rushed to buy supplies.

Disney Parks and Capitol Hill were among the many places closed off to the public as Broadway also went dark.

Dr. Monahan’s prediction underscores how severe the outbreak could become in the U.S. as the White House continues to downplay the severity and asks the public to remain calm. He originally shared the information with a closed-door meeting of Senate senior staff on Tuesday when they were told they should prepare for the worst.

Donald Trump defended his handling of the coronavirus pandemic, and in a tweet said: ‘Our response is one of the best, with fast action of border closings & a 78% Approval Rating, the highest on record’
Trump says a travel ban WITHIN the US is ‘possible’ if the coronavirus outbreak ‘gets too hot’
Canadian Prime Minister Justin Trudeau’s wife tests positive for the coronavirus
Disneyland Park and Disney California Adventure CLOSE due to the coronavirus outbreak
MLB delays opening day by AT LEAST two weeks as NHL follows NBA and MLS by suspending play indefinitely
Doctor warns of ‘tragic suffering’ to come if US doesn’t surge coronavirus tests and ban all social gatherings
Manhattan stores are mobbed as New Yorkers stockpile supplies after Mayor de Blasio declares a state of emergency in the city
Charles Barkley reveals he has put himself into ‘self-quarantine’ while awaiting results of his coronavirus test
Chinese spokesman accuses the US military of bringing coronavirus to Wuhan